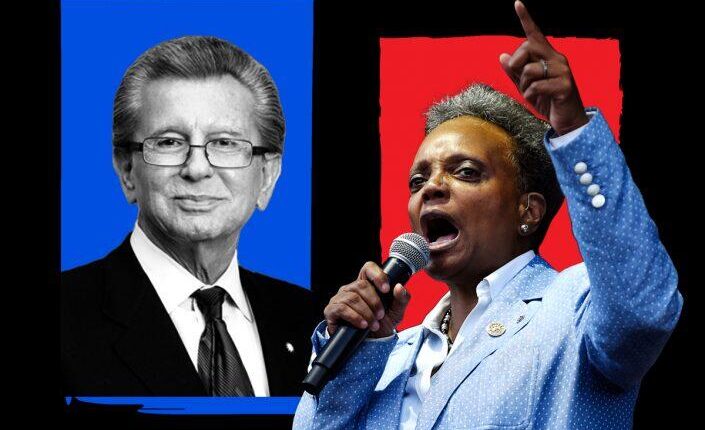 Chicago Mayor Lori Lightfoot’s reelection campaign took a healthy infusion of cash from a wide range of real estate players, including a prominent commercial broker, one of the city’s biggest restaurant owners and even some Texas builders.

The biggest name in real estate to throw support behind the incumbent so far in the third quarter was nationwide commercial brokerage Marcus & Millichap’s founder George Marcus.

He donated $25,000 to Lightfoot’s campaign, one of the largest donations to the mayor from a real estate player so far during the three-month period, according to an analysis of campaign finance filings with the Illinois State Board of Elections by The Real Deal. Full campaign finance reports for the quarter are due Oct. 15, though candidate committees file standalone reports for larger contributions.

Marcus didn’t return a request for comment. He also donated to President Joe Biden’s 2020 campaign for the White House.

Tying Marcus’ contribution was Richard Melman, the founder and chairman of Lettuce Entertain You Enterprises, a restaurant company that owns, manages and licenses more than 60 brands and 130 restaurants across the nation, including dozens of Chicago locations.

Residential players have jumped behind the Lightfoot campaign, too. A contribution of $2,500 came from John Vanderlinden, a broker with Berkshire Hathaway HomeServices who’s marketing multiple high-end Gold Coast condos and a suburban development site in Glencoe, all of them for upwards of $4 million, including one $7.3 million condo listing.

On the finance side, Lightfoot got $15,000 from Gordon Segal, managing director at Prairie Management Group, an investment firm that seeks real estate opportunities.

Outside of Illinois, Lightfoot roped in at least $9,000 from Texas real estate interests since the spring. She visited the state in May, a trip that included meetings with business leaders and venture capitalists in Dallas and Austin, though it’s not clear if the donations were tied to those meetings.

Texas Central, the company building a new high-speed rail line in the Lone Star state, contributed $2,500. Lightfoot also received $2,000 from Houston-based construction company JDDA Group, $1,500 from BecTec Construction Resources and $1,000 apiece from Houston’s Ride Development, a group of insulation manufacturing and investment companies called Hart Group and a Dallas-based executive at 1547 Critical Systems Realty, which specializes in developing data centers. The Chicago area has attracted multiple data center projects by the likes of Microsoft, Prime Data Centers and other companies, some of which have been built or planned with $1 billion price tags.