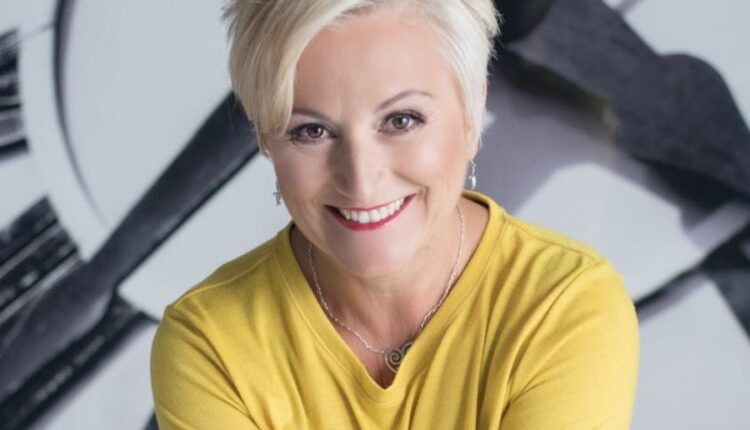 When Liza Rogers made the jump to real estate, she was looking to reinvent herself. At 40, she was a contractor in the gig economy — she had worked on cruise ships, as an international tour guide, at two Olympic Games — but was starting to feel uncertain about what her future would hold.

“This was at a time when people were starting to say you can’t depend on your pension plan to look after you through retirement, you have to be responsible for your own financial future,” she says. “I wanted to keep my great lifestyle, I wanted to continue to travel, to eat at great restaurants with friends. I realized I needed to find a way to create a more empowering financial future.”

In considering her options for a second career, real estate seemed like an obvious choice. Unlike other career paths with high income potential, successful real estate investing doesn’t require formal training, and the learning curve is approachable.

“Real estate is one of the few businesses where if the deal is right, the bank will lend you up to 95% of the money you need to get a mortgage,” she adds. “That basically means you’re getting up to 95% of your new business funded.”

Rogers decided to go on her real estate journey collaboratively. In 2016, she founded the Women’s Real Estate Network (WREN), a social enterprise where members in Victoria and Vancouver can network and collaborate on income-generating real estate deals.

Rogers says the typical age range of WREN members is between 35 and 65, and members usually have some experience in real estate.

“They might run an Airbnb, have their first investment property, or have a suite in their house they rent out,” she says. “They’re realizing there’s legs to this real estate stuff, but they’ve reached a point where they can only go so far on their own. That’s where the power of having a network comes in.”

While some members are motivated by the income potential of real estate investing — “we’re in a time where people don’t want to go back to their normal jobs and work for shit wages anymore, they’re demanding better,” says Rogers — others have come to it as a necessity. And Rogers finds there is a lot of value in the club for those needing to restructure their financial futures in the light of big life changes.

“One of the things I always say to people who are interested in getting into investing is to surround yourself with people who are doing it,” says Rogers. “Find a network in your local community, join a meet-up group that has regular real estate education sessions, surround yourself with action-takers. Eventually, you’ll get the confidence to take a step that you feel good about, and that’s where the empowerment comes from.”

“WREN is a big part of my life, and Liza has built a solid foundation for women to show up and feel supported,” says Ava Benesocky. She joined WREN after relocating to Vancouver in 2020. As a long-time real estate professional, she was seeking an avenue to connect with like-minded individuals. “I went to my first meeting and it was such a great place to be. It’s a tribe of women that came together to bounce ideas off one another and ask for support.”

For Benesocky, real estate has always been a passion. It was her first career — she became an agent at 22 — and these days, she’s focused on paying her success forward.

In 2020, she co-founded CPI Capital, for which she currently serves as Chief Executive Officer. Through CPI, investors can access passive investment opportunities for a variety of asset classes, allowing for those without the time or experience necessary to invest in real estate to reap the benefits — “but they’re completely hands off,” she adds.

As a woman in private equity, Benesocky often feels like an outlier, but she knows the importance of showing up.

“Being the only woman on calls with property managers, asset managers, acquisition directors — it was definitely a challenge when I was getting into this space,” she says. “It’s rare to see women investing in real estate, and it’s especially rare to see women in leadership roles at real estate investment firms, such as the one I run. That’s why I have a huge passion for educating women on how to take control of their financial futures, and really planting those seeds in their minds.”

Benesocky believes all women should not only understand the importance of investing, but be aware of the financial products available to optimize investments.

“It goes without saying the more you understand about investing, the more confident you’ll be,” she adds. “Knowing how to manage wealth should be a key priority for women.”

Cheri Crause had been working in the financial planning sector for 25 years when she got her first taste of real estate investing. She invested in her first income property in 1997 and became more immersed in the years to follow. In 2016, she switched gears entirely to real estate; she sold her financial practice, obtained her real estate license, and began developing purpose-built rentals. She also became a sponsor for WREN.

“It was a matter of timing,” says Crause of her involvement in the purpose-built rental sector. “I went to the City and asked, ‘what are you looking for?’”

On top of that, she realized investing in multi-family properties would help her reach her goal of financial freedom quicker than if she was to invest in other asset classes, such as single-family homes. With that said, she recognizes that successful real estate investing is a long game.

“People think real estate is easy to do. Like it’s easy money and the sky’s the limit,” she says. “And in some ways that’s true, there are a lot of rewards with it, but don’t think you don’t have to work.

“If you’re in it as a short-term play, your chances of losing are high. That’s the challenge—to remember when things are booming and going through the roof, there’s always a downside. Everything is cyclical and you have to be prepared for that and know what your strategy will be through the downturns. Having a support network in place can really help.”