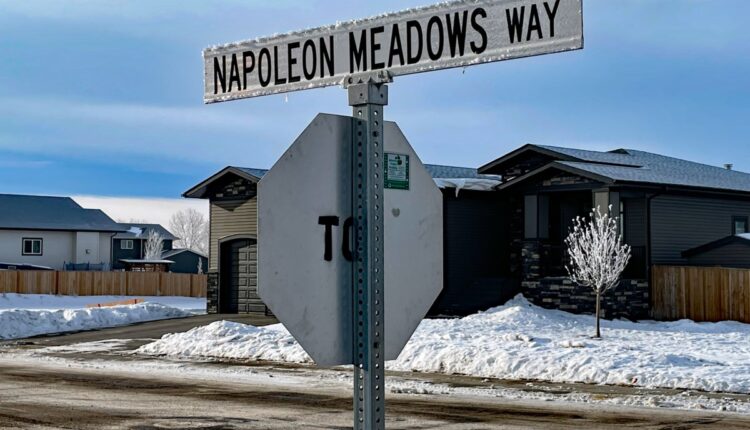 INNISFAIL – The town is extending an agreement with a local realty company to sell the remaining lots at the Napoleon Meadows subdivision.

Since early 2018, the town has retained the services of RE/MAX Real Estate Central Alberta to handle lot sales for the 42-lot subdivision that was created in 2014.

At town council’s regular meeting on Jan. 3 a new agreement with RE/MAX was approved for a one-year extension following the town’s issuing of a request for quotes (RFQ) to local realtor companies on Nov. 29. Council was told RE/ MAX was the only local realtor company that responded.

Council’s decision came as RE/MAX recently released an end-of-year realtor report showing residential MLS sales in Central Alberta in December were down 24 per cent compared to November, while year-to-date sales were down 8.9 per cent when compared to 2021

The report also shows Innisfail recorded 170 residential sales in 2022, slightly down from the 173 recorded in 2021.

“Higher interest rates are surely contributing to slower sales, but the shortage of available homes is also a major contributor,” said the RE/MAX report. “Inventories in Central Alberta are the lowest in memory and there is still strong demand, especially in the low to mid price ranges, creating a tremendous advantage for move up buyers.”

The RE/MAX report recorded 562 active listings in Innisfail for 2022; down dramatically from 2021 when there was 817.

According to RE/MAX, the early January, 2023 numbers show about 46 active residential MLS listings in Innisfail.

Darcy Blair, an Innisfail associate broker for RE/MAX, said residential real estate prices are currently “pretty stable” in Central Alberta, unlike Vancouver and Toronto where there are “double digit drops” in housing.

“The big part of Central Alberta right now is inventory levels are at an all time low,” Blair said. “In a way that’s helping prices stay stable because there just isn’t a lot on the market. So when something comes on it gets snapped up pretty fast.”

In the meantime, Blair’s company is tasked to sell the remaining 17 lots in Napoleon Meadows.

For the first four years after Napoleon Meadows was created in 2014 the Town of Innisfail was handling marketing and sales for the 42-lot subdivision.

The town then opted to go to the private sector to handle the subdivision’s lot inventory.

Mayor Jean Barclay said she is hopeful all lots will ultimately be sold and remains committed for strong residential development in Innisfail.

“I think administration and council have worked very hard in the last several months on building relationships, with developers and continuing on with REMAX,” said Barclay. “There are always things that are out of our control when it comes to housing, such as interest rates this past year and inflationary pressures.

“It’s taking a while to get homes built but I am very hopeful. I have been saying for a while now that we need to expand our housing options available here in our community and really expand the spectrum of what we have to offer.

“I am extremely hopeful for 2023 that we will see some developers move forward and we’ll see some more house building getting started so we can increase our population.”