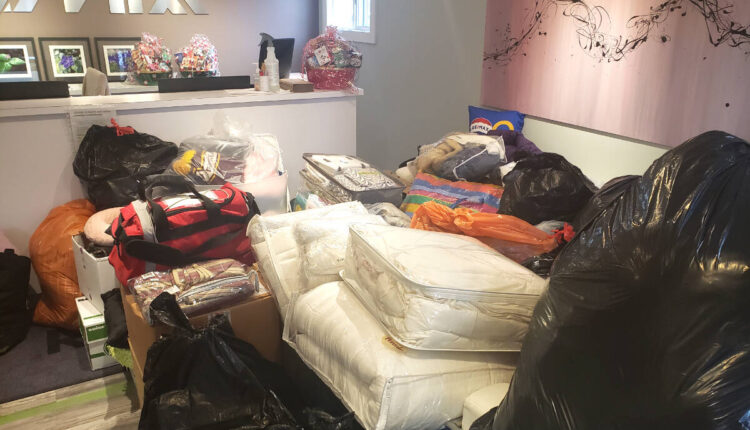 Castlegar RE / MAX raised a trailer full of donations for the Merritt flood victims. Photo: RE / MAX

The community’s generosity has turned a small fundraising campaign into a large-scale delivery to those in need in Merritt, BC

Initially, Castlegar RE / MAX office staff collected items to take to Grand Forks to supplement a truck with donations for residents of Merritt affected by the recent floods.

But after the company’s agents started posting about the collection on social media, the donation pile began to grow exponentially.

Eventually broker / owner Clark Coyston and his wife Sandra changed plans and decided to fill the local RE / MAX trailer and take the donation burden to Merritt themselves.

Re / Max production manager Leeanna Kootnikoff says the deadline for the donation had to be extended because of the repeated calls. But the trailer was loaded on Friday December 3rd.

“The gratitude and appreciation were so overwhelming,” said Kootnikoff.

“It really shows the real meaning of community spirit and how we all feel the devastating loss even though we are not there.”

After the flood of donations has disappeared, the office is continuing its Coats for Kids campaign.

Lightly used winter clothing for children can be dropped off at the Castlegar RE / MAX office at 1480 Columbia Avenue. All items will be cleaned and distributed to the participating local schools to keep the children warm this winter.

Castlegar RE / MAX raised a trailer full of donations for the Merritt flood victims. Photo: RE / MAX