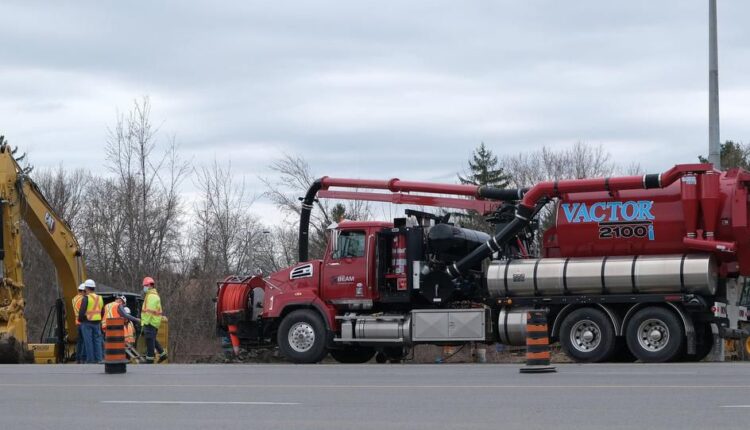 Repairs to a water line break in Welland on Friday were expected to result in customers in the area losing water service for several hours.

The break was on Friday morning and Niagara area staff planned to shut down the main line in the afternoon. An exact time is indefinite, said spokesman Norm Miller around 1:45 p.m.

Vesuvius has been given time to stop production and send workers home before the water is turned off, Miller said.

Some customers are expected to be without water for approximately four hours, but it “may exceed this estimated time,” Miller said.

The square on the corner of Lincoln and Prince Charles Drive will not be affected, he added. However, St. Charles Co-operative Homes and the ReMax office will be notified, Miller said.

The city is notifying affected properties to inform them of the anticipated temporary outage of the service.

Traffic was affected on Friday and customers in the area had to deal with low water pressure immediately after the break. Prince Charles Drive had a southbound lane reduction in the right lane between Lincoln Street and Amelia Lane.

The cause is deterioration in a seat clamp, Miller said. A full repair could take “a few” days.

It’s too early to determine the cost of the damage, Miller said.

The city said Friday that the staff is working with the region and “urgent work is underway”.

It is “currently not known how long the repairs will likely take,” the city’s statement said.

The city advises customers who experience operational disruptions should turn on taps for at least five minutes or until the water clears when it is restored.