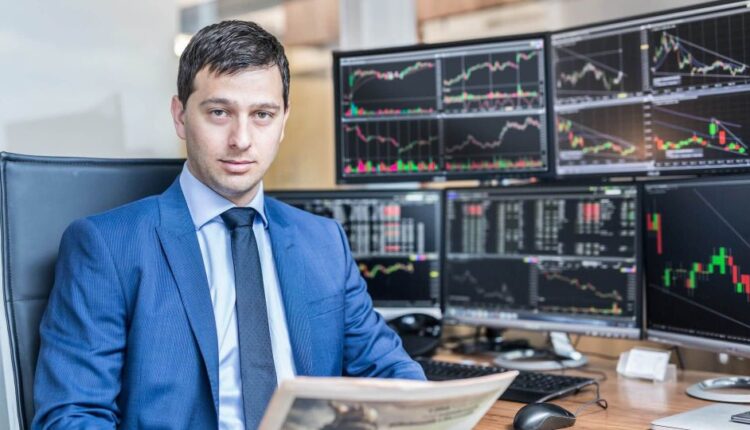 Ways Investing Will Change in the Next 25 Years

Over the next quarter-century, $68 trillion in assets will be transferred from baby boomers to younger generations, according to a report from Cerulli Associates. With more money becoming available to millennials — and eventually Gen Z — these new generations will have more opportunity to invest, and the ways they invest will be different from prior generations thanks to all the diverse options now available.

See: 25 Top-Paying Dividend Stocks That Will Make You Rich

GOBankingRates spoke to Shoshana Winter, U.S. managing director at premium real estate investing platform iintoo, about the ways in which the new generation of investors is flipping the script on traditional investing as they look for new means to capitalize on their funds.

Check out the ways investing will change over the next two decades.

Smiling young African businessman wearing a suit standing on a bus during his morning commute listening to music on a smartphone and earphones.

Investing Will Be Even More Digital Than It Is Now

Robo-advisors and online investing have grown in popularity over the years, and Winter believes this will become the norm.

“The next generation [of investors] is composed of digital natives,” she said. “There’s a level of expectation of having digital access and being able to interact 24/7/365. This is the generation that not only expects to be able to access everything from their phones but demands it. When it comes to investments, even though that may seem like a higher-authority purchase, there will [have to] be a digital, seamless aspect to it.”

Winter expects data will be used more frequently to deliver advice and guidance that previously came from advisors and brokers.

“There is the ability to plug in info about yourself and then leverage data to come up with recommendations that would replace a conversation with someone that would have [traditionally] delivered that,” she said.

In addition to getting highly personalized, data-driven information, this also appeals to savvy investors who don’t want to pay high commission fees.

Learn More: Do You Invest Like These Millionaire Stars?

The Role of Brokers and Advisors Will Change

Because data is replacing the traditional roles of brokers and advisors, the types of services they offer and the roles they play will shift.

“It’s really forcing financial advisors to rethink what their value proposition is,” Winter said. “They’re going into areas like estate planning and saving for college, things that you wouldn’t think that a traditional broker would deliver.”

Read More: 4 Investing Lessons the Pandemic Has Taught Us

“Digital assistance is really about transparency,” said Winter. “It allows people to visually see their portfolio and quickly get updates about their portfolio in real-time. [Investors will want] to be able to transact when they want to transact with little to no friction.”

Investing for Beginners: What First-Time Investors Need To Know

Young man using laptop outdoors in the summer with surfing boards in the background.

Traditional Ways of Saving For Retirement Will Dwindle

“Gen X grew up thinking you work hard in school, you get a college degree, you get a good job, and that job will help you save for retirement by putting a little bit of your paycheck into a 401(k) that you turn into an IRA,” Winter said.

“Millennials and Gen Z are less interested in working for companies that provide a lot of the initial investing behavior, i.e. a 401(k). We’re in the WeWork generation where people are free agents, where they have a bunch of side hustles instead of one job. What does that mean for how they manage their money? Who’s going to make sure that you’re thinking about [retirement] when you’re traveling the world? That generation is going to be different.”

A Hispanic woman of the Millennial Generation is looking at her financial statement while eating lunch at a local sushi restaurant.

As investing becomes more and more accessible, more people will start actively investing as early as their 20s.

“Millennials are not behaving in a conventional manner, are not satisfied with the way things were and are motivated to figure out new ways that their money can work for them,” Winter said. “It started with companies like E*Trade that allowed you to buy and sell stocks online. Then you had apps like Acorns that allow you to visualize your income and where you’re putting your money, and then you had apps like Robinhood and the idea that you start investing when you’re in your 20s.”

Investors Will Be More Autonomous

“There’s been a whole reorientation and reeducation of a generation that feels very comfortable being their own advocate,” Winter said. “Operating with these apps and platforms allows them to have opportunities that their parents did not have.”

“I think that what all demographics are currently experiencing is that we are now living in a time where because of technology and regulation changes, I as an individual investor don’t have to have a traditional asset class mix in my portfolio,” said Winter. “We’re living in time of uncertainty where we don’t know what the fluctuations [in the stock market] are going to look like. Instead of just saying, ‘OK, well that’s all I’ve got,’ the fact that there are now these alternative classes that promise higher returns is something that’s really interesting to this generation. The fact that I can expand my portfolio in a relatively simple manner without having to put in a million dollars, I think that really appeals to that generation. They are a generation that’s most likely to adopt and have alternative investments more than anyone else.”

“According to every stat and report that I’ve read, the alternative asset classes are projected to grow exponentially through 2025, whereas traditional ones don’t have that kind of runway,” Winter said. “What you’re seeing in the market I think is two things: One is the exhausted opportunity of the traditional asset classes, [and two is] the desire to be able to seek out newer asset classes that can deliver better returns.”

“Real estate is attractive, not only to millennials but across the board, because it’s something that people can understand,” Winter said. “Everyone lives somewhere or works somewhere or shops somewhere. There’s a general sense of knowing that there are real estate experts who made a lot of money because they bought a building and now they’re making millions of dollars. Now, anyone can put in $25,000 and own a piece of a project and get returns every year. That’s pretty cool. There’s a combination of feeling like you’re in on something that is new and then the ability to get in on something that’s designed to deliver different kind of returns than we’ve been settling for in traditional asset classes. I think that’s really, really attractive.”

The Way People Invest In Real Estate Will Continue To Evolve

“[At iintoo], right now we focus on equity raises and commercial real estate because they’re income-generating projects and data has shown that those are the deals that have the greatest returns,” Winter said. “That could shift to governmental contracts like highway [construction] and shipping. There’s so much going on, and there’s a greater desire on the developer side to bring in capital in ways that are outside of going to a bank.”

Crowdfunding Startups Will Become a More Mainstream Way To Invest

“There are companies that are allowing people to crowdfund to raise [capital] for a startup,” said Winter, who believes these sorts of funds will increase in popularity over the next 25 years.

Companies that offer this investment opportunity include Wefunder and Seedinvest. More will likely become available over time.

“There’s a lot going on in the cannabis space,” Winter said. “As regulatory changes are made across the country, that’s a category that’s growing.”

However, there’s still some uncertainty about what the future of the industry will look like.

“It very much depends on the [presidential] administration and Congress and how all of that works out from a legal perspective,” Winter said.

“It’s been more fringe-y over the last few years, but I think we’ll see more of that,” she said.

cleaning up plastic in the environment

Impact investing, or investing in funds or companies that have a benefit to society and the environment, will be a priority to the next generation of investors.

“The millennial generation — and even more so with Generation Z — these are kids that in their short lives have seen a lot of really bad stuff happen in the world,” said Winter. “I think there is a definite desire to reframe what it means to live a good life. It’s not limited by how much money is in their bank account, but by what their money is doing.”

student volunteering to pick up trash

More Companies That Allow For Impact Investing Will Pop Up

“There’s a desire from millennials and Gen Z that if you’re going to give your money, why not give it somewhere where it’s going to do good?” said Winter. “We’re seeing that not only in direct investing, but I’ve noticed there are more and more funds that are being created that have that dual-angle, which is that they grow, but they grow with the idea of helping people and making the world a better place.”

“‘Opportunity zones’ are the social good of real estate,” said Winter. “These are developments in parts of cities [that are underdeveloped], that are giving jobs to people that wouldn’t otherwise have one. It’s a business opportunity when it really comes down to it, but I think the fact that it’s gained as much impact as it has [spoken] to the fact that people are interested in being able to invest and do good at the same time.”

Shot of a young girl raising her hand to answer her teacher’s question.

Healthcare and Education Will Also Be Popular Investment Categories

As education and healthcare advance with technology, so will the opportunity to invest in these categories.

“Being able to educate people far away from us, and also looking at what [healthcare is] and how we deliver that across the globe, are areas where there’s been some movement,” Winter said. “Probably not as fast as a lot of people will like, but I think those are interesting categories that have room for growth. People still go to a physical college for the most part, people still have to join the insurance [plan] that’s provided by their employer. We’re going to see more and more pushing in those areas.”

This article originally appeared on GOBankingRates.com: Ways Investing Will Change in the Next 25 Years

Lazy Landlords: Start a Real Estate Empire With These REITs

A message to all sailors, regatta fans, supporters and…