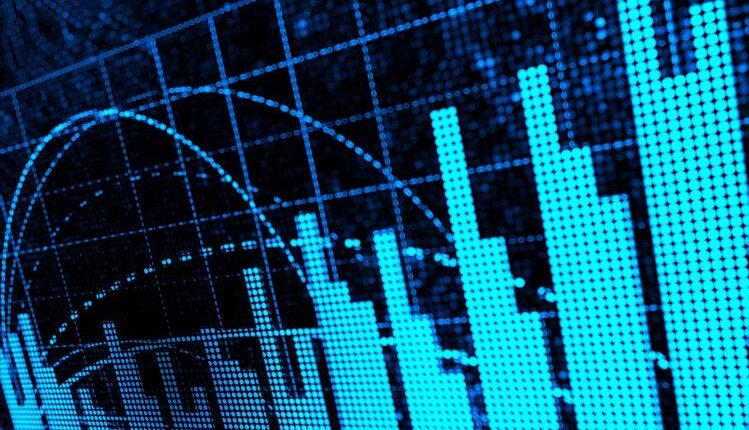 What is a SPAC and Why Is It Such a Big Trend in Real Estate?

SPAC stands for Specialty Purpose Acquisition Company and was founded solely for the purpose of acquiring a private company and listing it on the stock exchange.

As a simplified example, a SPAC could go public and raise $ 300 million. It could then “acquire” a private company which would then receive the $ 300 million as growth capital. The combined company would then take the acquisition target’s name and change its ticker symbol to reflect the change.

One important detail to consider is that when a SPAC first goes public, it has no business. It completes an IPO and puts the proceeds in an escrow account. For this reason, SPACs are also commonly referred to as “blank check” companies. Investors are essentially giving SPAC managers a blank check to buy in an acquisition target.

Why are SPACs such a big trend?

SPACs are often cited as an alternative to the traditional IPO process and a way to democratize IPOs for more investors. And there can be tremendous upside potential for investors if a SPAC IPO is well received by the market, which has happened in several high profile cases over the past few years. In practice, there are some pretty big benefits to using SPACs to publish companies, both to the acquired company and to the sponsor of the SPAC.

Advantages of going public through a SPAC

For businesses, using a SPAC to go public has two major advantages over using a traditional IPO or a direct listing, the other two popular methods that companies use to go public.

First, the process is much easier and cheaper. Since the SPAC is already a stock corporation, the regulatory requirements are much simpler than if the target company had decided to go public. The process can be done quickly and without costly and complicated steps like an IPO roadshow.

Second, going public through SPAC can provide a tremendous amount of growth capital for the acquired company. In addition to the money stored in the SPAC’s escrow account, a private investment round (called a PIPE) is usually held at the same time. For example, when Opendoor (NASDAQ: OPEN) agreed to go public through the SPAC merger, the company received more than $ 1 billion in cash. That’s far more than the company (which was valued at less than $ 4 billion at the time) likely could have raised an IPO.

In short, the economics of sponsoring a SPAC are great for the sponsor, and especially if they can create shareholder value with their business combination.

While the exact structure varies between SPACs, the most common arrangement is that the sponsor owns 20% of SPAC’s stock, essentially free of charge. They also typically buy a large chunk of the warrants, which gives them a touch of game and balances their financial interests with those of the investors.

For example, consider the SPAC known as the Yellowstone Acquisition Company (NASDAQ: YSAC), which is sponsored by the Boston Omaha Corporation (NASDAQ: BOMN). When Yellowstone went public, Boston told Omaha:

Here’s the point. Boston Omaha is risking $ 7.5 million of its capital. But the benefit can be enormous. Take the case of Virgin Galactic (NYSE: SPCE), a successful SPAC initial public offering. A similar number of shares and warrants in Virgin Galactic would be worth nearly $ 500 million today. In short, the downside risk for a sponsor is quite limited compared to the massive upside potential of a successful acquisition.

How to analyze a SPAC

It can seem like an impossible task to analyze a SPAC before identifying an acquisition target. After all, you don’t even know what business you’re investing in or whether you will like it in the long run. And to be clear, that’s one of the biggest risks of investing in SPAC.

However, it is entirely possible to analyze SPACs before closing. I recently gave an overview of how a SPAC’s (known as an S-1) registration statement is parsed on Fool Live. Check this out if you’re interested. But here are a few important points to keep in mind:

What to expect when a new SPAC is started?

Here is the general process. A sponsor will set up a business unit. (Note: the giveaway you’re looking for a SPAC is having an “acquisition company” in its name.) You register the name with the SEC and file the filing for registration (known as S-1). Some time later (a few days to a few weeks) the SPAC will complete its IPO and sell shares to investors who will then be traded on the public markets.

Notice that in the last section I used the term “units” as opposed to “stocks”. When a SPAC goes public for the first time, it usually takes the form of units. One unit of a SPAC consists of one common share plus a fraction of a warrant that can be redeemed to later buy another share at a set price. For example, on the registration statement of a SPAC, you may see that “a unit consists of one Class A common share plus one-third of a redeemable warrant”.

If you want to invest in a SPAC, you must first buy a unit. Some time later (52 days after the typical IPO), the common stock and the warrants trade separately. You can invest in anything you want. Note, however, that if the SPAC does not find an acquisition target, the warrants will expire worthless.

What if a SPAC can’t find a target?

As mentioned earlier, SPACs have a limited amount of time to identify an acquisition target and complete the business combination. Depending on the company, this is usually between 15 months and two years. And there is always the possibility that the SPAC will not find a suitable acquisition candidate. In fact, it happens quite often.

When a SPAC cannot find a target, one of two things happens. First, the SPAC can request shareholders to approve an extension of its allotted time. Second, the SPAC can liquidate the money in its escrow account along with accrued interest and return it to shareholders.

Why is the SPAC boom such a big real estate trend?

The short answer is, there are some major growth trends and innovations in the real estate industry, and there are some companies that are doing an excellent job on the indictment. SPAC IPOs give them the capital they need to take their growth to the next level.

There are also some in the market planning on targeting real estate companies. The aforementioned SPAC Yellowstone Acquisition Corporation of Boston Omaha has listed real estate companies among their target business types. Real estate company CBRE Group (NYSE: CBRE) has one SPAC still looking for a deal, and Tishman Speyer has launched a second SPAC.

The SPAC trend is showing no signs of slowing down, so it is important for property investors to be clear about what they are. The fact of the matter is that IPO-alternative investment vehicles are almost certain to bring at least several exciting and innovative real estate technologies and other real estate-focused companies public in the next year or two.

To sell a unique property, you’ll have to create the right marketing plan