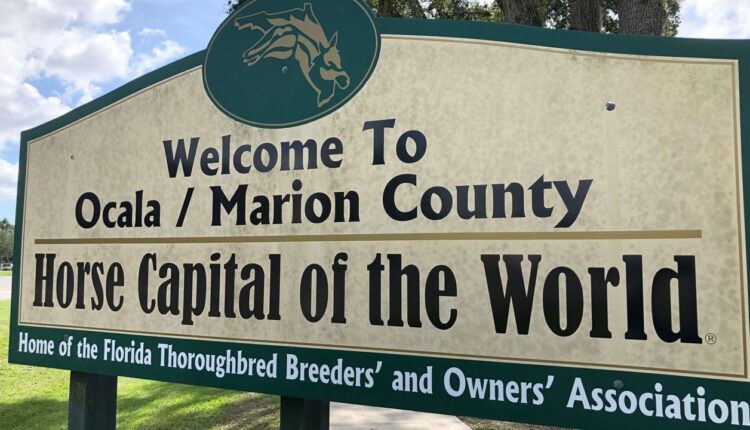 OCALA, Fla. – Voters in Ocala will go to the polls for city races on Tuesday to vote on some amendments to the statutes.

Kent Guinn is back for election as mayor of the city, and four seats on the city council are also up for election.

Kent Guinn, who is heading for his sixth term as mayor, meets Manal Fakhoury, a newcomer to politics. She works in the medical field and has a PhD in pharmacy from the University of Southern California. Fakhoury says if elected she would focus on fighting homelessness, creating more opportunities for everyone, and reducing crime.

Fakhoury is an immigrant who has lived in Ocala for 35 years and is active in community groups. She says she was able to realize her American dream in Ocala and now wants to serve the city as mayor and rebuild Ocala as All-America City, an award she received in 1995.

Guinn points to his previous tenure as mayor as the reason for his re-election and points to large companies like FedEx and AutoZone bringing facilities to Ocala and creating jobs. He will continue to work for economic development, crime reduction and dealing with homelessness.

Guinn’s family has been in Ocala since 1850. He claims to be the fifth generation of Öcalan. Before he became mayor, he was on the city council. Guinn is also involved in finance.

The mayor’s office does not have a voice in the city council, but has the right of veto and monitors the police. Mayors have a two-year term and their salaries are capped at $ 550 per month.

In the city council, the district seats 1, 3 and 5 are up for re-election, for district 4 there is a special election.

The city council makes decisions, oversees the city administrator, lawyer, clerk and auditor. They are elected for four years with a monthly salary of $ 250.

In District 1, President Pro-Tem Brent Malever competes against Barry Mansfield. District 1 is a district by and large, which means that it represents all of Ocala.

Malever has been on the council since 2013. He was born in Ocala and is a local financial clerk.

Manfield is a longtime resident who is the President and CEO of Cullison-Wright Construction.

In District 3, Jay Musleh is running for re-election against Russell “Rusty” Jürgens and Ty Schlichter.

Musleh is a third generation Öcalan who joined the council in 2013. He is Senior Vice President of CenterState Bank.

Jürgens is a long-time resident of Ocala, who runs Jürgens Salon & Co. and is a multi-year candidate for the city election.

Schlichter is another longtime Ocala resident and vice president of Central Florida Electric.

In District 4, incumbent Matthew Wardell left the council before the end of his term. Six candidates are now vying for the open seat.

Kristen Dreyer is a real estate agent for Remax in Ocala and has served on several boards.

Alexander Everts comes from Ocala, owns a fence company and is active in the local theater scene.

Barbara Fitos is a longtime Ocala resident with a career in banking and community service.

Lori Martin Gregory is the CEO of Seventh Chakra Films and directs documentaries.

Kevin Lopez is a longtime Ocala resident and works as a software engineer.

District 5 is also an open seat after Council President Justin Grabelle decided not to run for re-election.

James P. Hilty is a financial advisor who previously served on the Council from 2013 to 2017. He came to Ocala in 1990 and is a Vietnam veteran.

Greg Steen is President of Family’s Choice Electric Repair Inc. He was born and raised in Ocala and is Guardian ad Litem.

Council members are elected citywide, meaning all voters choose candidates in the four districts. The winning candidate in each race must receive over 50% of the vote (50% plus one), or the race will go to a runoff for the 2 best voters on November 16th.

In addition to the city races, voters will decide on three changes to the city statute on September 21st.

The first changes the way special elections are conducted to better align them with federal and state law by removing the deadline for elections to be held and instead making them “as quickly as possible”.

The second changes the terms of office of mayors and councilors, starting the term once a candidate is elected and sworn in and ending when the next councilor begins their term.

The final change would change the pronouns for positions in city government. Currently, all pronouns in the Charter refer to men. Changes may be made to add “he or she / she”. Councilors became council members, policemen became policemen, and so on.

A full sample ballot paper for the election is available on the Ocala City website, where you can also find more information on voting. To find your constituency, go to the Marion County’s election officer office.