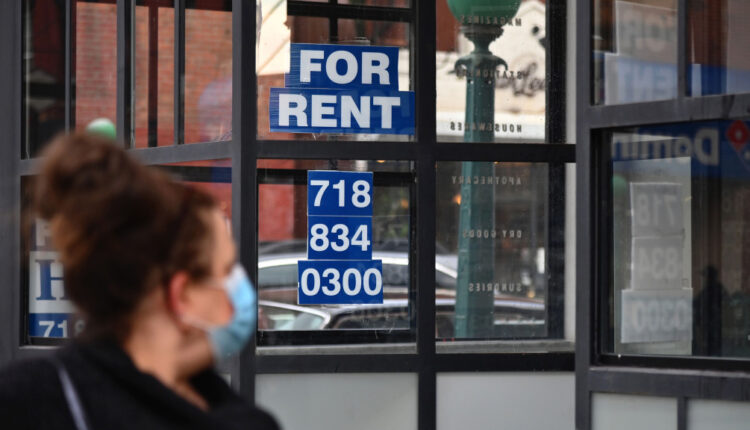 Talk about dodging a bullet. Adin Meir was just about to sign a lease for a new office for his company in March. “We decided not to pull the trigger,” he said.

Meir is President of CodeGreen Solutions, a consulting firm. As in many American companies, the company’s workplace is currently largely remote, “although we miss the office and the collaboration and innovation that takes place there.”

So they’ll get this new office space, but sometime in 2021. And it won’t be the office space that they envisioned a year ago. “At least first,” he said, “it will be smaller.”

About 25% smaller, he thinks. There are many companies out there talking about changing their commercial footprint. However, according to Christian Beaudoin, Managing Director of Research at JLL, one of the world’s largest commercial real estate services companies, this has not yet been shown in all areas. In some markets, such as Midtown Manhattan, vacancy rates are their highest since 2009. The long-term historical average of commercial office vacancy rates is 15.3% and the national vacancy rate is currently only 16%. “So we are not in an emergency yet,” said Beaudoin.

This may be the case in part because commercial leases are often long-lived – sometimes decades – and slowly turning around, with many companies trying to sublet unused office space in the meantime. It could also be that employers are unwilling to leave the office entirely.

“We surveyed thousands of employees and commercial property users,” said Beaudoin. “Most tell us they want to go back, just not every day.”

Hence, they may not reduce an office’s physical footprint, but rather the time spent there.

That would lessen the blow to commercial landlords.

At the same time, it’s clear that some companies just don’t need the footprint they once had, said Brian Graham, partner at Klaros Group. “People won’t go to the suburbs as often as they used to. People will not go to bank branches and use online banking instead. “

Beyond the short-term crisis that many landlords are currently facing, there will be long-term pressures. Jonathan Miller, president of valuation and advisory firm Miller Samuel, said these rental companies come in many shapes and sizes. “They could be anything from a public company to a private individual or a family,” he said.

And many of these landlords have debts to pay off. Commercial real estate is financed between 70% and 85% of debt on average. The remainder is in equity, according to Graham from Klaros Group. When losses pile up, for example because rents are falling, properties are vacant and debts are not being repaid. “It’s hard to imagine any lender getting away with it unscathed,” he said.

By the way, half of these lenders are banks. But this whole question of how big the offices will be is a long-term problem. Landlords, tenants and banks are currently trying to deal with this in the short term. Will the restaurant on the corner survive, much less pay rent?

Which essential workers should be prioritized for vaccines?

Americans have started receiving doses of the first COVID-19 vaccine. Frontline health workers and residents of long-term care facilities will be the first to make the right decisions, according to guidelines from the Centers for Disease Control and Prevention. Key workers are considered next, but with limited vaccine doses and many workers considered essential, the jockeying has already begun who should go to the top: meat packers, pilots, bankers and passengers among them. The CDC will continue to consider how best to distribute the vaccine, but ultimately it is up to each state to decide who receives the vaccinations and when.

The world’s poorest countries may not be able to get a vaccine at all by 2024, according to an estimate. In order to get vaccines to the world’s poor sooner, some global health activists want to forego intellectual property protections on vaccines, medicines, and diagnostics. India, South Africa and Kenya have asked the World Trade Organization to allow pharmaceutical companies in developing countries to manufacture patented medicines without having to worry about lawsuits. The United States, Great Britain and the European Union have repeatedly rejected the proposal at the WTO.

The Pfizer vaccine needs to be kept extremely cold at minus 94 degrees Fahrenheit. And to keep it that cold, dry ice is required. Where does the dry ice come from?

Is there enough of it to go around too? And how much does it cost? The demand for dry ice is set to rise soon and a number of industries are concerned. Now dry ice sells for $ 1 to $ 3 a pound. While the vaccine comes first, smaller businesses and non-essential industries can lose.

As a nonprofit news organization, our future depends on listeners like you who believe in the power of public service journalism.

Your investment in Marketplace helps us stay paywall free and ensures that everyone regardless of their ability to pay has access to trusted, unbiased news and information.

Donate today – any amount – to become a marketplace investor. Your commitment makes a difference more than ever.