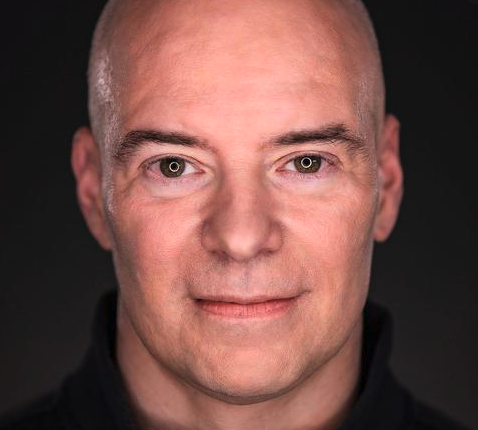 In a shifting real estate market, the guidance and expertise that Inman imparts is never more valuable. Whether at our events, or with our daily news coverage and how-to journalism, we’re here to help you build your business, adopt the right tools — and make money. Join us today virtually for Connect Now, in person in Las Vegas at Connect, and subscribe to Inman Select for all the information you need to make the right decisions. When the waters get choppy, trust Inman to help you navigate.

Last week, the company formerly known as Realogy threw a curveball at the real estate industry with the surprise launch of a brighter, punchier look and ubiquitous name, Anywhere Real Estate.

Although the reaction to the rebrand was largely positive — with some making tongue-in-cheek comparisons to the retail behemoth Walmart — industry members wondered exactly what the rebrand meant for the New Jersey-based company other than a new color scheme, name and logo .

In his first Connect Now appearance since the rebrand, Anywhere CEO Ryan Schneider told Inman founder Brad Inman the rebrand reflects Anywhere’s revitalized consumer strategy that places it toe-to-toe with Zillow, which Schneider has had in his crosshairs for almost a year.

“Our employees, our agents, our owners and other people in our ecosystem, they’ve been looking for us to step up and lead,” Schneider said while standing in front of a digital display with the new logo. “The real Realogy brand, well, there’s a lot of great things about it [but] it just hasn’t kept up with the company that we’ve become.

“I told the world, Brad, I want a new competitive set in five years. My goal is to be in a different competitive set, including people who are doing iBuying, super apps or other things to go after the consumer,” he added in reference to Zillow. “Someone from the traditional brokerage industry needs to break away from the pack and actually do more to solve consumer problems. That’s what I need to lead our company to over time.”

For Schneider, the name change is only the first step in crafting a brand that’s more familiar and accessible to consumers and can facilitate the delivery of a totally digital and seamless buying and selling experience, no matter where they are geographically or in their real estate journey .

“I’m obviously a lot newer to the industry than you are, but even I’m struck by how long our industry has talked about the consumer but just hasn’t done that much about it,” he said. “What I’m trying to lay out is the long-term commitment of our company to do more [directly] with the consumer that’s good for the consumer, the agent and our company, both from building our value proposition, but also financially.”

That commitment, he said, includes learning to bundle Anywhere’s ancillary services, which include iBuying and power buying through RealSure, listing prep through RealVitalize, and title and settlement services through Realogy Title Group, with its brokerage services in unique ways to meet a consumer’s specific needs.

“All of those have a role in the future. We are in the arena, we’re in the sandbox, where we can actually drive changes with customers, we can experiment, and we can roll things out.”

As Anywhere digs into creating the digital transaction of the future, Schneider warned against striving for the often-shared goal of making selling or purchasing a home as easy as ordering a pizza or calling an Uber. The infrequency and high-dollar stakes of real estate require much more nuance, and the technology should “complement the power of an agent” rather than replace it.

“It’s a little bit of your Domino’s Pizza tracker, but it’s on steroids with the complexity of this transaction,” he said. “We have to have solutions for consumers that complement the power of the agent, which we believe is a market force that’s going to continue.”

Even as the industry races to make the mechanics of buying and selling real estate easier, the market itself has only gotten more complex as buyers navigate skyrocketing mortgage rates, scans inventory and booming home prices.

As other economic pressures mount, including inflation and shortages on crucial goods such as baby formula, consumers and industry professionals are furiously attempting to read the tea leaves on what disaster may be around the corner.

“It certainly feels like we’re in the pit of the storm just since we were on stage [at Inman Connect New York],” Inman told Schneider. “It’s like things have gotten worse — the stock markets, interest rates are higher [and] it doesn’t look like we have any particular strategy to overcome inflation.”

Schneider acknowledged the headwinds and talks of another bubble but said he was “clearly more optimistic” about the market and anywhere’s ability to help consumers navigate complexities.

“I’m clearly more optimistic than the headlines about the next decade for real estate,” he said. “But even when you look at what’s happening through the end of April, the data is not as dire as the headlines, and, you know, if we had more houses, we could sell them. Houses are still selling faster than they typically have done and for higher prices.

“We’re always going to be good stewards of our expenses, but we are not stopping investing in helping our agents and franchisees because we think the housing market still has a lot of potential even in 2022,” he added.