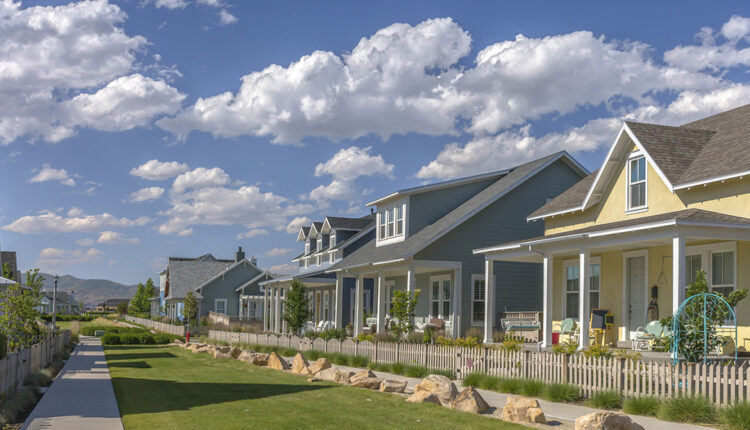 (TNS)—Before the coronavirus recession, Utah’s housing market was on fire. Then came the COVID-19 pandemic, which sent residents of Northern California and Seattle in search of affordable homes and more space, and an already-hot market grew hotter.

All those factors pushed Utah into first place in Bankrate’s Housing Heat Index in 2020, a spot it continues to hold for the first quarter of 2021. Residential real estate has boomed during the coronavirus recession, and Utah has emerged as a particularly desirable market.

Other states in the region also are thriving. South Dakota, Montana and Idaho rank second, third and fifth, respectively, in Bankrate’s index.

At the opposite end of the list is Hawaii, a state that has been hit hard by the COVID-19 pandemic. Its tourism industry is slowly recovering from a near standstill, and Hawaii’s jobs picture remains dark.

The 5 States With the Hottest Housing Economies

The Housing Heat Index shows how states’ real estate markets are faring in the coronavirus-fueled housing boom, and how they might perform in the future.

To calculate the ranking, Bankrate analyzed six data points: annual home price estimation reported by the Federal Housing Finance Agency’s Home Price Index; share of mortgages past due as reported by the Mortgage Bankers Association; unemployment and job growth from the US Labor Department; the cost of living index from the Center for Regional Economic Competitiveness; and state-by-state tax burdens as reported by the Tax Foundation

These five states had the strongest housing economies in the first quarter of 2021:

1. Utah. Its home values ​​jumped 19% in the 12-month period that ended March 31, second-best among US states, according to the Federal Housing Finance Agency. Utah posted the second-strongest job growth in the nation from March 2020 to March 2021, according to a Bankrate analysis of Labor Department data. What’s more, Utah had the nation’s lowest unemployment rate, and its tax burden is among the lowest in the nation, according to the Tax Foundation.

2.South Dakota. Home prices soared nearly 15%, and South Dakota tied with Utah for the lowest unemployment rate in the nation.

3. Montana. Home prices rose 15% in the past year, and Montana has the nation’s lowest level of past-due mortgage payments, according to the Mortgage Bankers Association.

4. New Hampshire. The geographic oddity in our ranking, New Hampshire saw home values ​​jump 16%, and the unemployment rate and tax burden are low.

5. Idaho. Idaho’s home prices have been the hottest in the nation, soaring 23.7% in the year ending March 31. And job growth is the strongest in the country. However, Idaho’s overall ranking was tempered by middle-of-the-pack readings for cost of living and taxes, and a back-of-the-pack ranking in mortgage delinquencies.

The prominent rankings of states in the Mountain time zone illustrate a shift in the housing market: Americans are still drawn to healthy labor markets, but even before the coronavirus pandemic, they were growing less willing to pay up to live in places like San Jose, Seattle and Boston.

COVID-19 has pushed many—especially those who can work remotely—to leave the priciest areas for more affordable regions.

“We are seeing the makings of a renewed affordability migration,” says Mark Vitner, senior economist at Wells Fargo. “The beneficiaries of that shift have largely been the midsized metros in the mountain states of the West.”

The median price of a single-family home sold in Silicon Valley during the first quarter was a staggering $1.5 million, according to the National Association of REALTORS®.

The typical price in Salt Lake City was $435,400—above the national median, but not dramatically so, and just a fraction of the price paid by residents of Northern California.

The price gap has spurred many in high-cost markets to consider moving. The notion is especially appealing to workers who can take their high-wage jobs to areas with lower costs of living.

“People suddenly have the ability to choose where they live because they’re not tethered to an office,” says Alicia Holdaway, an agent at Summit Sotheby’s International Realty in Draper, Utah, and past president of the Salt Lake City Board of REALTORS® . “We’ve had a net in-migration that’s been happening for years, and that’s only increased.”

Every boom brings its disadvantages, of course. In some cases, new arrivals to Utah’s housing market are flush with cash and willing to bid up prices.

The 5 States With the Coolest Housing Economies

As a nationwide housing boom rages, every state saw property values ​​increase during the 12 months that ended in March. However, some state economies are struggling with weak job growth and other challenges. The bottom 5 on our index:

47. Illinois. High unemployment and tepid price appreciation placed Illinois near the bottom of the pack.

48.New York. Hit hard by the pandemic, New York is facing a number of headwinds. It ranks near the bottom in job growth, unemployment, tax burden and past-due loans.

50.Louisiana. It ranks worst in past-due loans, with more than 9% of homeowners behind on their mortgage payments. Louisiana also fares poorly on price appreciation, job growth and tax burden.

51. Hawaii. This tourism-dependent state ranks dead last in job growth and unemployment and near the bottom in price appreciation.

“The overall picture is one of a very weak economy,” says Carl Bonham, executive director of the University of Hawaii Economic Research Organization.

To calculate the Housing Heat Index for the first quarter of 2021, Bankrate analyzed six data points:

The index overweights home price appreciation, the metric that most clearly conveys a housing market’s desirability. And the index underweights cost of living and tax burden—home prices can soar despite those factors, but a new wave of remote work makes those factors more relevant than they were in the past.