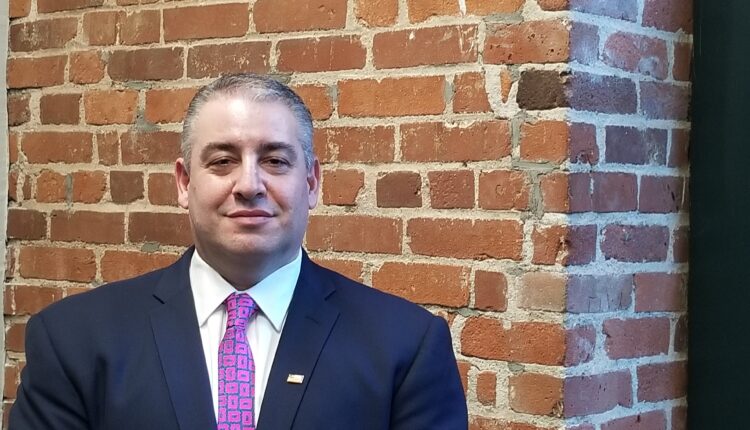 While franchising is common in real estate sales, it is not often used in other portions of the home purchase transaction.

For example, Remax has gained traction in the mortgage brokerage field with Motto Mortgage, but no other large companies have followed in its footsteps.

The title and settlement services business also has a few franchisors, but it hasn’t been a significant portion of the industry’s business.

Yet, TitleEase’s management team decided that establishing a franchise model was better for expanding its reach than a joint venture setup. Providence, Rhode Island-based TitleEase is part of the Lincoln Family of Companies, which includes Lincoln Abstract & Settlement Services and Lincoln Appraisal & Settlement Services.

“We were really focused on the shortcomings of the joint ventures that we’ve seen out there,” said Joseph D’Urso, TitleEase’s CEO. “There are a whole host and a whole array of joint ventures, and they run the gamut from just simple kind of fee sharing arrangements through full blown entities that have been set up for JVs, and some of them quite frankly are just not compliant. “

Those that are compliant are difficult to set up and manage for both parties involved, he continued.

But a franchise model has fewer issues around Real Estate Settlement Procedures Act compliance, especially regarding the anti-kickback provisions known as Section 8. TitleEase worked with one of the top law firms in compliance, Bradley Arant, to make sure that it was fully RESPA compliant, D’Urso said.

The company had two other considerations in going with this model instead of joint ventures.

“First and foremost, in the way we set it up, the franchisee and franchisor both have real title work and responsibility within the franchise model,” D’Urso said. “It allows the franchisee to have an unprecedented amount of control whereas in these joint ventures they don’t really have control over the process.”

The franchisee also has control of the entity and can brand it in any manner they want.

“If they want to down the road sell the franchise entity they can do that,” he said. “So they have unprecedented control and as a result of that they also have value creation.” They are not required to use the TitleEase name, which makes this different from many popular franchise concepts like those in the food industry.

As part of the compliance focus, both TitleEase and the franchisee will be licensed in every state they operate in. TitleEase will help the owners get licensed.

While anyone can become a TitleEase franchisee, those already operating in the mortgage and real estate businesses are the more ideal owners.

“They’ve already spent the time, money and energy to acquire customers and have transactions,” D’Urso said. “So if you’re a lender, whether that’s a traditional lender, or a private money lender, whether you’re a realtor or real estate brokerage, or even a closing attorney, those are ideal franchisees because they have immediate business that they can put through their franchise.”

TitleEase will arrange the underwriting relationships for the franchisees. In the eyes of the four underwriters TitleEase works with, for this purpose, those franchisees are viewed as branches, he explained.

TitleEase also has to be approved as a franchisor in the states it operates in. It is licensed to do title work in 28 states, but only three states so far have approved the required franchise documents; states that have reciprocity agreements will allow expansion into more jurisdictions.

The company launched its franchise operations in September. At the end of last year, two were operational, with another eight-to-10 coming online in the first quarter. It takes several months to get the units licensed and then trained, he pointed out.

Among those becoming TitleEase franchisees are The Buy904 Team at Select Realty of Jacksonville, Florida, as 904 Title; and a collaboration that is based in Grand Rapids, Michigan between mortgage originator Northwind Financial and CFSI Loan Management, a lender services company.

“It’s truly been remarkable the number of folks that are looking for one of these types of solutions where they have more control over their business and they no longer have to send title out and then worry about, ‘is the settlement going to get delayed because some outside party is doing the work for me?'” D’Urso said. Originators or real estate firms “can provide a customer experience that’s seamless with their existing process because they just mix it in now to their dialogue with the borrower or the buyer or seller.”

As the franchisor, TitleEase provides technology and software, as well as training and certain back office functions.

“It’s actually different in that respect from a hamburger franchise in that we don’t just train them, tell them where to get the equipment and then say ‘okay, now you’re off running your own business,’ because we are in every file,” D’Urso said. “We’re working with each of our franchisees on every title policy that they do within the same system.”

Midwest Punjabi Association (MPA) in collaboration with the Consulate General of…