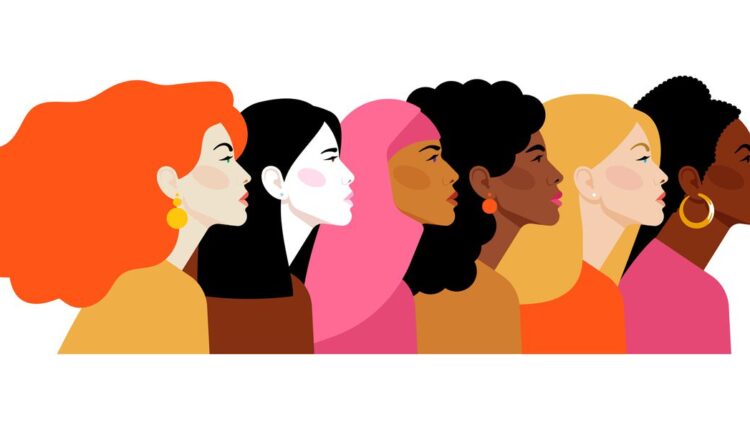 A recent study of women in the commercial real estate industry revealed a significant gender imbalance in the sector in areas from investment to construction. A 2019 study by the US-based Commercial Real Estate Women Network (CREW) shows that 15 percent of top management positions were filled by women.

On the occasion of International Women’s Day next Monday, March 8th, we spoke to five Canadian women in the industry about their challenges, successes and what they dream for the future.

Her Background: Ouri Scott works with indigenous communities across British Columbia, designing community buildings, health centers, cultural buildings, college rooms and apartment buildings. Ms. Scott is Tlicho Dene and grew up in the Dehcho area and Yellowknife in the Northwest Territories. She earned a Masters of Architecture from the University of British Columbia and worked in architecture firms in Vancouver.

An internship at UNESCO to research traditional knowledge helped her focus on designs that made sense for indigenous communities and culture, such as houses with storage space for equipment for going out in the country or for processing food or meeting places for traditional Celebrations or ceremonies.

Challenges for Women: After graduation, Ms. Scott worked for a large architectural firm that is predominantly run by white men. Despite the desire to support women, young white men were actually given more opportunities there, she says. As a result, Ms. Scott had almost run out of time to get the hours she needed to be registered as an architect.

Many women leave the industry when they have children, Ms. Scott notes. During maternity leave, she tried to keep in touch with the office so as not to fall behind. She also tried hard not to be seen as mothers in workplaces, as she had seen women identified as mothers have fewer opportunities.

Advice to other women: Accept that you can’t do everything and don’t feel guilty, Ms. Scott suggests. Rely on friends and family for support.

A dream for the future: “We say we value children and the compatibility of work and family, but we don’t model them as an industry,” she says. “For this to be real, we’d all be healthier and happier.”

Her Background: Karen Walker began more than a decade ago as an executive assistant for a real estate development company in Mississauga. When the company looked for someone to manage a property, she thought, “Let me try this.” That experience gave her the ability to work for a company that managed property for Hullmark. Eventually, the company asked Ms. Walker to set up an in-house department that now manages about 30 properties with about 115 tenants.

Challenges for women: “In real estate management, things have come a long way for women,” she says. However, there are still times when craftsmen or construction workers do not expect them to have a solid knowledge of components or gloss over important details.

When it comes to leadership roles, cultural diversity is even more important in commercial real estate, she says. “It’s a very white, male-dominated industry,” despite the fact that it has continued to fuel diversity, equity and inclusion (DEI) efforts in recent months, she adds.

Advice to other women: “Your network is everything. Every job I’ve ever got has been featured, ”she says. Put yourself outside your comfort zone, she adds, and volunteer for work outside of your description. “Expand your tasks and gain as much knowledge and experience as possible.”

A dream for the future: Ms. Walker would like to see more DEI in the industry, so in the end it “doesn’t matter if you are black, white, male, female or whatever culture you come from.”

Her background: Anna Murray is originally from Ontario and moved to Alberta. She worked in environmental, social and corporate governance (ESG) areas in the oil and gas and mining sectors.

She had spent time on the United Nations Global Compact – an initiative to encourage companies to adopt sustainable and socially responsible action – and holds a Masters of Business Administration and a law degree.

Challenges for Women: It can be difficult for women to know if a company takes leadership diversity seriously, says Ms. Murray. “Women and minorities need to take companies beyond what their mission statement says to fully understand what practices are at play.”

The other challenge for women is the reconciliation of work and family, she adds. Ms. Murray at one point raised three girls, worked full-time, graduated from law school, and started a nonprofit organization.

Advice to Other Women: “Look up to see far” is one of Ms. Murray’s suggestions. This means that women should examine a potential employer’s leadership diversity or diversification efforts.

“Wear while climbing” is another one that means drawing strength from collective, not just individual, successes.

A dream for the future: One of Ms. Murray’s dreams is for ESG to become a required part of all investment criteria on a global scale, creating a more sustainable future for all.

Another is for equal representation and pay and that women in higher ranks should be supported as well as men.

Her Background: Lara Murphy grew up in Saint John and became “the neighborhood kid who did odd jobs.”

She always had her own business, she said, knocked on doors and did maintenance work, and then ran construction companies during her elementary school days.

She came to Calgary in 2005 and started her own company. She met Karen Ryan while on a commercial project, and in 2008 they founded Ryan Murphy Construction. Two weeks later, the financial markets collapsed.

The company did what it took to survive, doing maintenance contracts, tiling washrooms and the like, and building a successful commercial construction company.

The company, which has sales of nearly $ 10 million, is 70 percent women and 33 percent LGBTQ and works on other aspects of diversity.

Challenges for Women: Ms. Murphy and Ms. Ryan still sometimes feel like the underdogs of the established player network, who often win the bids. “It’s unusual for a commercial real estate company to be run by women,” she says.

Advice to Other Women: Find people who promote you, suggest them, adding that it is important to be ready to fail, increase your well-being, and try new things.

A dream for the future: Ms. Murphy looks forward to a day when “we wouldn’t have to have an article about women doing what we do. I just want it to be the norm. “

Background: Joanne Chua joined Grosvenor Americas, a subsidiary of the Grosvenor Group, in 2012 as Assistant to the Company’s Chief Investment Officer and Senior Vice President of Investment.

“I was brand new to commercial real estate,” she says, but the real estate investment and development firm encouraged her to pursue her interests. So she tried her hand at asset management.

She learned on the job and became an investment manager to expand her portfolio.

Challenges for women: “As an industry as a whole, there are still some areas where men dominate,” she says, adding that she has been fortunate enough to be isolated from who she works in.

Ms. Chua currently sits on the board of Commercial Real Estate Women Vancouver as its director of education and public relations, working to build the pipeline of women entering the industry.

Advice to other women: “Get out there and really build your connections,” she says, adding that a strong support network is helping women learn the industry and familiarize themselves with the opportunities that are available to them.

A dream for the future: “I really hope our industry can reflect the communities we serve around the world,” she says. “I hope that all builders take the approach … to ensure that the cities reflect the people there and can support these people.”