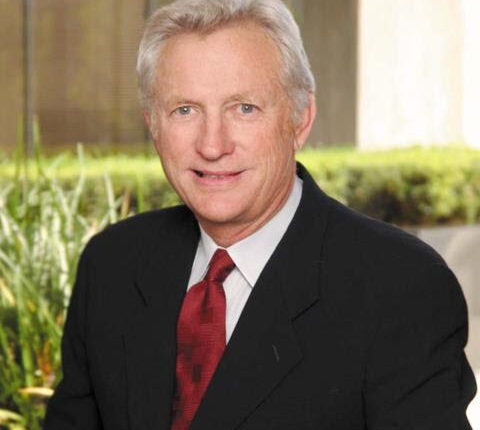 Bill Lee was enjoying a successful career with a major national real estate agent when the idea occurred to him that maybe he could make more money on his own.

And maybe, the agent thought, he could create an office that is more collaborative, productive, and pleasant to work with.

With four colleagues from Grubb & Ellis, Lee opened his independent office in 1979 in what was then El Toro, southern Orange County.

Unlike the big national company he worked for, his new company worked on a “share” mentality, with each agent working for “us instead of me,” Lee said.

“I left because I had the opportunity to make more money and maximize my potential,” recalled Lee in a recently released 40th anniversary video. “I did it because the future was more precious to me than the present. The opportunity to maximize the deals I’ve put on my plate in terms of commission dollars was more of a catch. “

Today Lee & Associates has 65 offices in North America, from Newport Beach to Boston, Houston to Toronto and Vancouver. The company’s estimated value at the end of 2020 was $ 14 billion.

Lee died of cancer on Monday, April 5, after a long illness, the company said. He was 78 years old.

William J. Lee was born in October 1942 and grew up in Santa Monica.

He earned a degree in sports from California State University at Northridge.

After a few brief coaching stints, Lee took a sales job at Minnesota Mining and Manufacturing Co. in Los Angeles until he found out how much money his contemporaries made in real estate.

He was hired by Coldwell Banker’s Century City office and a few months later worked for Grubb & Ellis in Newport Beach. Lee was ranked first or second across the office, said a former coworker.

He went freelance in 1979, starting out with four other agents in a 4,000-square-foot garden office near the Irvine Spectrum.

In his first year, Lee & Associates agents did about as much as they would have if they had stayed with Grubb & Ellis, Lee recalled in the anniversary video. In the second year the company opened its second office.

By 1990 Lee & Associates had grown into a company with 200 employees and eight offices in five counties. The company’s combined sales in 1989 were $ 20 million.

“Bill realized that competition within the office was hurting the good of the office,” wrote Buchanan in 2019. He created a platform for profit-sharing that rewarded collaboration but still encouraged competition.

Unlike traditional brokers, each Lee brokerage office is practically a separate company.

A venture capital group, made up of partners from other offices, is involved in each brokerage office. A formula is used to determine how the profits will be shared within each partnership.

“It’s not often that you meet someone who is bigger than your job,” Buchanan said on Tuesday. “Bill’s vision changed the way we do business in an office. By providing a share of the profits to each shareholder, Bill expanded a boutique with an office into a global presence. “

Buchanan said he once asked Lee if he ever believed the company would get as big as it did.

“Of course,” replied Lee. “When we opened your office in Orange, I knew that we were on the way to becoming an international company.”

He is survived by his four children Robb, John, Ryan and Katie and nine grandchildren.

The Rockland Real Estate Deal: Paul Adler Gets Instructive On The Ins & Outs Of…