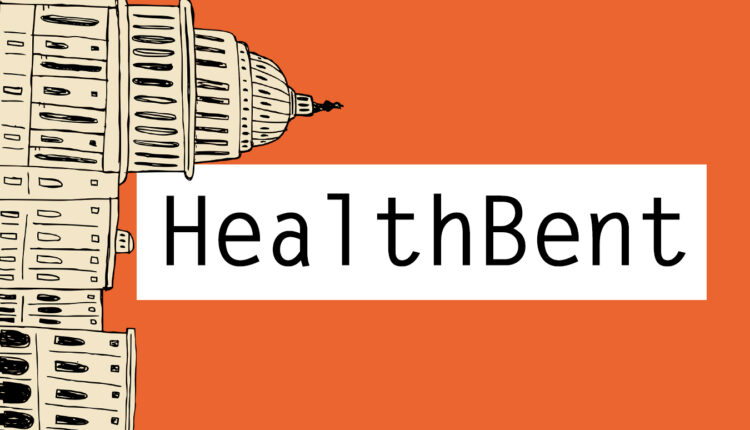 A newly conservative Supreme Court agreed to hear a case most assumed it would use to overrule the 1973 landmark abortion-rights ruling, Roe v. Wade. And Democrats on Capitol Hill, convinced the issue would play to their political favor, vowed to bring up legislation that would write abortion protections into federal law. “We’ll debate it. We’ll vote on it. And we’ll pass it,” the Senate Democratic leader promised.

Sound familiar? The year was 1992. The Supreme Court case in question was Planned Parenthood of Southeastern Pennsylvania v. Casey. After the court surprised almost everyone by upholding the right to abortion, the legislation, called the “Freedom of Choice Act,” never reached the floor of the Senate, nor the House. (Click on the hyperlink to go back in time.)

Lawmakers today face almost the same situation. The Supreme Court this week scheduled for Dec. 1 arguments on a case from Mississippi challenging that state’s ban on abortion after 15 weeks of pregnancy. And the House, as soon as this week, could vote on the latest version of the Freedom of Choice Act, now called the “Women’s Health Protection Act.”

The question now, as it was then, is whether the legislation will help or hurt Democrats on one of the most polarizing issues in politics.

Just as in 1992, opponents of the current bill complain it would go much further than merely writing the protections of Roe into federal law. In addition to securing a person’s right to abortion throughout pregnancy, the legislation would void many state restrictions the Supreme Court has allowed even as Roe stands, including those requiring parental involvement in a minor’s abortion decision.

“This may be the most extreme legislation ever,” Rep. Cathy McMorris Rodgers (R-Wash.) told the House Rules Committee on Monday. “Abortion for any reason at any stage of pregnancy until birth.”

The bill would, Republicans complained, not just overturn existing state abortion restrictions, but it could also lead to mandatory public funding for abortion. Overturning the so-called Hyde Amendment that has banned most federal abortion funding since the late 1970s is a priority for many progressive Democrats, but it also marks a line that voters in many swing districts do not want their elected officials to cross.

While the scenarios seem eerily similar, some key differences emerge. The biggest: In 1992, the threat to abortion rights was theoretical; in 2021, millions of pregnant people already have lost reproductive rights after the high court failed to block a controversial Texas law that bans nearly all abortions as early as six weeks into pregnancy. To prevent courts from blocking it, the law is to be enforced not by state officials, but by individuals suing people who “aid or abet” someone in obtaining an abortion.

Under that law, Rep. Jamie Raskin (D-Md.) told the Rules Committee on Monday, “the whole country has basically been turned into bounty hunters for women exercising a constitutionally protected right.”

Yet the politics of abortion are both very much the same as they were three decades ago, and very different.

What’s the same is that the outliers in both parties — Democrats who oppose abortion rights and Republicans who support them — would prefer not to have to vote on the issue. What’s different is there are far fewer outliers today. In 1992 nearly a third of Democrats opposed abortion, including the then-governor of Pennsylvania, Robert Casey, who was the defendant in the Planned Parenthood suit and who tried, publicly and unsuccessfully, to change the party’s platform in 1992 to oppose abortion. His son, Sen. Robert “Bob” Casey Jr. (D-Pa.), is one of a handful of Senate Democrats who do not strongly support abortion rights.

But it’s not merely anti-abortion Democrats who are in shorter supply. In 1992 Republicans were as likely to lead abortion-rights fights as Democrats, and most efforts were bipartisan. Before 1972, in fact, Republicans were generally more supportive of abortion rights than Democrats.

And obviously the biggest difference between now and 1992 is that the Republican president, George H.W. Bush, vowed to veto the abortion rights bill if it passed. President Joe Biden would sign it, according to a formal “Statement of Administration Policy” issued Monday. “In the wake of Texas’ unprecedented attack, it has never been more important to codify this constitutional right and to strengthen health care access for all women, regardless of where they live,” the statement said.

Bush’s and Biden’s own abortion positions probably best demonstrate how much the parties have shifted on the issue. As a House member, the elder President Bush was the lead sponsor of the federal government’s Title X family planning program — now strongly opposed by anti-abortion Republicans. Biden, a devout Catholic, opposed abortion rights early in his Senate career and has been criticized by activists for not uttering the word “abortion” as president until the Texas law took effect.

Biden, however, almost certainly will not get a chance to sign the Women’s Health Protection Act. At least not anytime soon. Although the bill might have enough support to squeak through the House, support in the Senate remains far short of the 60 votes needed to break a filibuster.

That won’t stop the fight from happening, though. What remains to be seen is which side in the abortion debate will ultimately win the battle for public support.

HealthBent, a regular feature of Kaiser Health News, offers insight and analysis of policies and politics from KHN’s chief Washington correspondent, Julie Rovner, who has covered health care for more than 30 years.

KHN (Kaiser Health News) is a national newsroom that produces in-depth journalism about health issues. Together with Policy Analysis and Polling, KHN is one of the three major operating programs at KFF (Kaiser Family Foundation). KFF is an endowed nonprofit organization providing information on health issues to the nation.

This story can be republished for free (details).

It Takes a Team: A Doctor With Terminal Cancer Relies on a Close-Knit Group in Her…

Florida Sen. Rick Scott Off Base in Claim That Rise in Medicare Premiums Is Due to…

KHN’s ‘What the Health?’: The Big Biden Budget Bill Passes the House

Etching the Pain of Covid Into the Flesh of Survivors