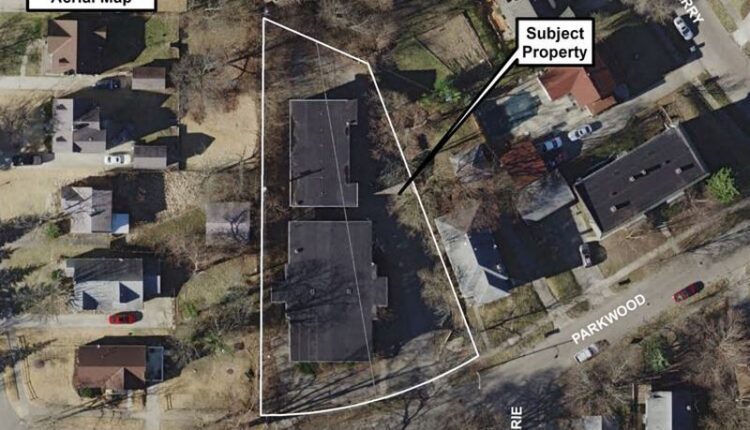 “I think the redevelopment and rental of the property could be a real improvement,” said Lindy McDonough, president of the Hillview Neighborhood Association, of a property that Windsor purchased in northwest Dayton. “I have high hopes that it will be finished and that people will move in.”

Earlier this year, the Dayton Board of Zoning Appeals approved a deviation from use application filed by Windsor Homes LLC for two attached apartment buildings at 325 W. Parkwood Drive in the Hillcrest neighborhood.

The company and applicant requested that the buildings, which were constructed in the 1960s but have been vacant for more than a decade, be restored to occupancy.

The property is one of the largest apartment buildings in the neighborhood but has been neglected and attracted criminal and annoying activities like illegal dumping, said Susan Vincent, a Dayton city planner.

The incorrect use of the property as an apartment building fell into disrepair and was no longer permitted in this versatile single-family home.

Vincent said the city officials supported Windsor’s derogation request as the property could not be redesigned for a different legal use.

“Having someone willing to make the investment to renovate the property is really a benefit to the community,” she said.

Windsor Homes, which paid around $ 105,000 for the property last November, plans to renovate its 17 apartments, which are two-bedroom units.

A sitemap of the apartments at 325 W. Parkwood Drive in the Hillcrest neighborhood. CONTRIBUTION

The houses were in the structural harassment program of the city.

“I appreciate the fact that you are looking to refurbish this building and bring it back into service,” said Tim Bement, a member of the Board of Zoning Appeals.

However, Bement was the only member of the Zoning Board of Appeal to vote against allowing the derogation.

He said he was concerned about the safety of the parking situation and wanted to see some changes.

McDonough of the Hillview Neighborhood Association said she was also concerned that the property was running out of parking, but otherwise supported the project.

She said the property had been a chronic eyesore and previous redevelopment efforts had failed.

She said a non-government investor decided not to buy the property about five years ago after learning that rehab could cost about $ 400,000. 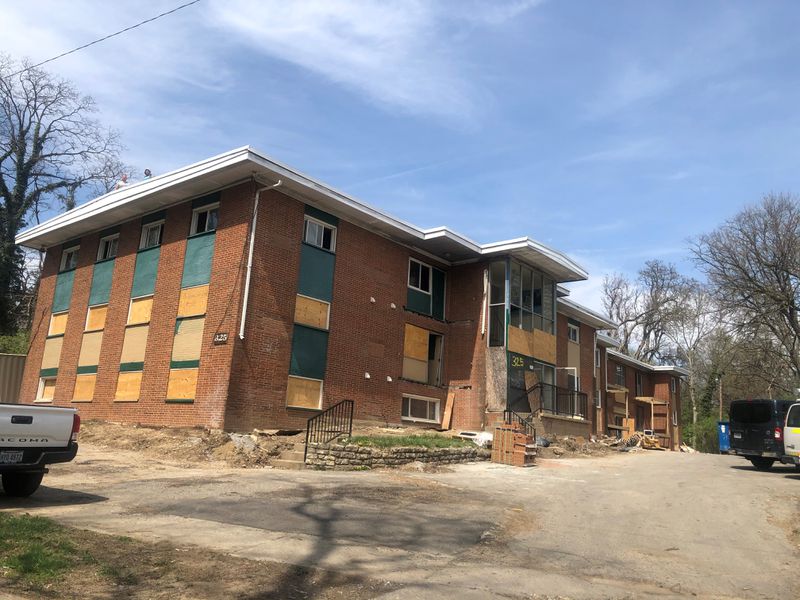 The crews work on the roof of an empty residential building in Hillcrest. CORNELIUS FROLIK / STAFF

McDonough hopes the homes will return to productive use and attract stable tenants.

“It’s going to be an improvement instead of having an empty, falling building over there with all kinds of shabby people hanging out,” she said, noting that neighbors believe the property is attracting drug use and squatters.

Windsor Homes has also purchased a collection of single story brick homes on the 1700 block on Radio Road and the 300 block on N. Smithville Road

The detached houses in the Wright View district each have around three to four residential units. 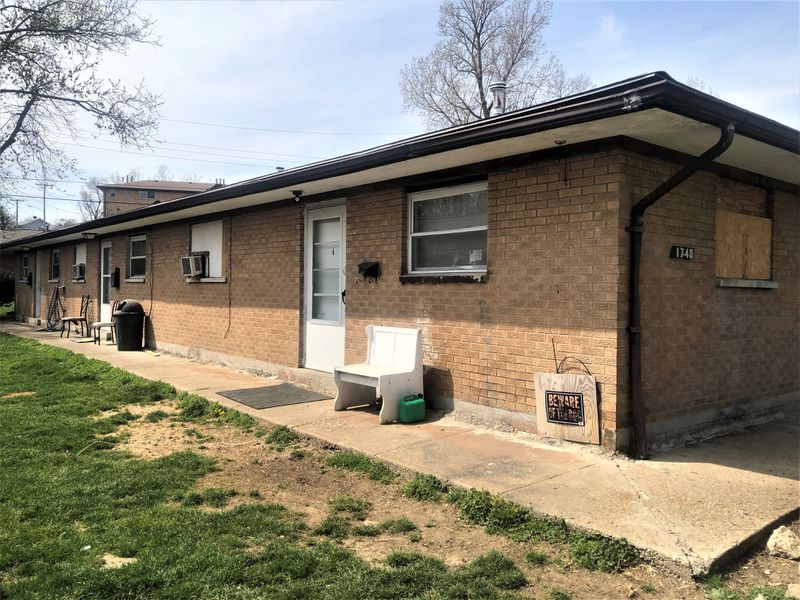 One story brick apartments on the 1700 block of Radio Road in East Dayton. CORNELIUS FROLIK / STAFF

As of early 2019, the company has purchased residential real estate and apartment buildings at 424 Briarwood Ave., 207-209 Jackson St., 27 Margaret St., and 444 Quitman St., but apparently quickly transferred or sold them.

Windsor Companies has not returned any requests for comment.

Windsor Companies was a major player in the downtown development.

The company has converted several buildings on the 100 block of East Third Street into new residential units, renovated office space, and commercial space on the first floor.

After years of inactivity, buildings in the Fire Blocks District have taken on new businesses like the Salt Block Biscuit Co. and the Third Perk Coffee House and Wine Bar.

The company owns and plans to redevelop the Price Stores property on South Jefferson Street and the Grant Deneau Tower, the first modern downtown skyscraper on West Fourth Street.