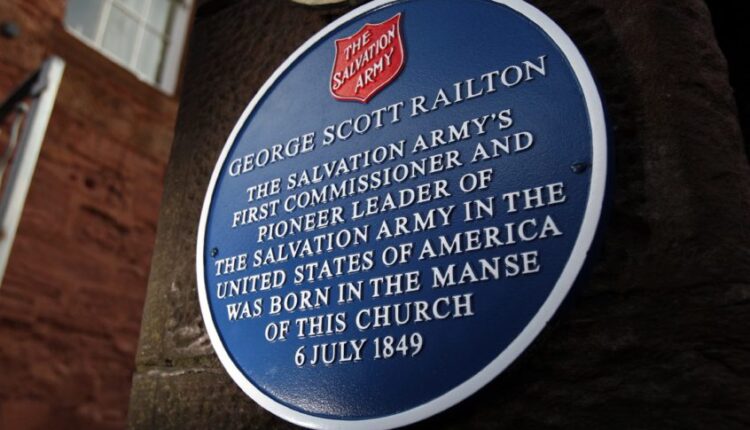 An Angus manse with fascinating connections to a leading light in the Salvation Army’s international expansion has hit the market.

The historic Wesley House on Ponderlaw Street in Arbroath was commissioned in 1772 by clergyman John Wesley, a leading figure in the Methodist movement within the Church of England.

It was built at the same time as the adjacent Methodist Church and was originally the home of the minister.

In 1849 the property was the birthplace of George Scott Railton, who later became the Salvation Army’s first commissioner and took command of the organization’s founder, General William Booth.

Railton lost both of his parents as a teenager and left Angus at a young age before making his way to London and the home of William Booth.

The son of Angus pioneered the organization’s missionary work in the United States.

Rilton’s commitment also took him to China and Japan as the spiritual son of Booth, next to whom he is buried in London’s Abbey Park cemetery.

Although his role in the global growth of the Salvation Army in Angus remained unknown to many, Runton’s contribution to the 156-year-old Christian charity is marked by a plaque on the wall of Ponderlaw Church marking his birth in July 1849.

It was unveiled in 2012 by Salvation Army Major Deborah Sedlar, a high-ranking figure in the United States and the Caribbean for the organization who traveled to Angus for the event.

A memorial similar to Commissioner Railton is located in Battery Park in New York City.

The Tomb of the Unknown Soldier

In another fascinating chapter in family history, Runton’s only son David was the man who came up with the idea of ​​the Tomb of the Unknown Warrior.

Born in 1884, he was a clergyman in the Church of England and served as chaplain in the British Army on the Western Front when the sight of a grave marked with a rough cross sparked the concept of remembrance.

It was scripted “An Unknown British Soldier” and Rev. Railton proposed the symbolic funeral of an “Unknown Warrior”.

His idea was supported by the Dean of Westminster, Prime Minister David Lloyd George and then King George VI, which resulted in the creation of the symbolic tomb at Westminster Abbey.

David Railton, who received the Military Cross in 1916 for rescuing an officer and two men under heavy fire, died after falling from the night train from London to Fort William in June 1955.

He is buried in the graveyard of St. Bride’s Church in North Ballachulish.

Wesley House was C-listed in early 1980.

The three bedroom home is now being marketed by Remax for offers over £ 199,000.

The adjacent church is also known as Totum Kirkie. Its octagonal shape resembles an old eight-sided top known as a totum.

It is the second oldest Methodist church in Scotland.