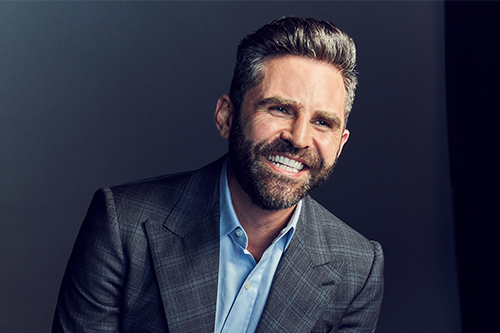 While politics wasn’t exactly the cornerstone of the November election, Joe Biden promised a full program of infrastructure spending. His promised plan would revitalize American infrastructure from street to internet access and “provide quality, zero-emission public transportation to every American city of 100,000 or more.” Given the victories in Georgia that put the Democrats in control of the Senate, it is very likely that this plan will continue.

But what does the overhaul of American infrastructure and the introduction of fast transit into small towns mean for commercial real estate? We have already seen that smaller markets are becoming more attractive to local residents and employers who can move thanks to work from home. Will better road, rail and transit systems cement their resurgence? While it may be too early to be sure, a commercial real estate developer is already planning accordingly.

“I think it’s going to be amazing,” said Ari Rastegar (pictured), founder and CEO of Rastegar Property Company. “As a country, we have urgently needed a renovation of the infrastructure for almost 20 years. As commercial development increases and people move from coastal towns to smaller metropolitan areas, these small towns need to take this very seriously. I think the Biden government knows this and they are really going to provide an incentive for great growing cities like the Phoenix, Nashville and Austin areas to upgrade their infrastructure due to the mass exodus from the coasts. “

Continue reading: What do $ 126 billion in distressed sales mean for CRE?

According to Rastegar, the suburban and ex-city flight that we saw last year will be reinforced and supported by new infrastructure projects. He believes that improved infrastructure will continue to encourage commercial property developers to invest in these smaller cities, especially as more jobs reopen.

While the rise of teleworking is causing some people to debate the need for high speed transit systems to get people to work, Rastegar believes that noticeable productivity losses since the spread of work from home will likely force office reopenings. He’s already planning that return to work with a two-story development in Austin built with HEPA filters and no-touch access. He believes that public transportation programs will play a vital role in the survival and success of new office developments once the COVID numbers decline.

The primary market in Rastegar, Austin, Texas, is already experiencing another infrastructural boost, which is likely to receive additional support from the Biden administration. Proposal A, which was adopted in the November elections, will set up a comprehensive transit plan for the city. Rastegar is already planning a development in the South Congress district of Austin that will fit closely with a planned light rail station. Rastegar also believes smaller cities like Austin can leverage Biden’s infrastructure plan to cement their newfound popularity.

Continue reading: Which CRE sectors will struggle and which ones will thrive in 2021?

While most of the success of the residential mortgage industry over the past year has been in small towns and shared dormitories, Rastegar believes that higher infrastructure spending will shift some of that success to the commercial side. For him, it is an opportunity for commercial mortgage experts to realign their thinking away from big cities and towards these smaller metropolises.

“Commercial mortgage professionals need to communicate with their customers, alert them to these impending infrastructure changes, and share the exuberance,” said Rastegar. “We have an administration that enables this, which makes it much more convenient for their customers to buy buildings in areas where the infrastructure will change.”