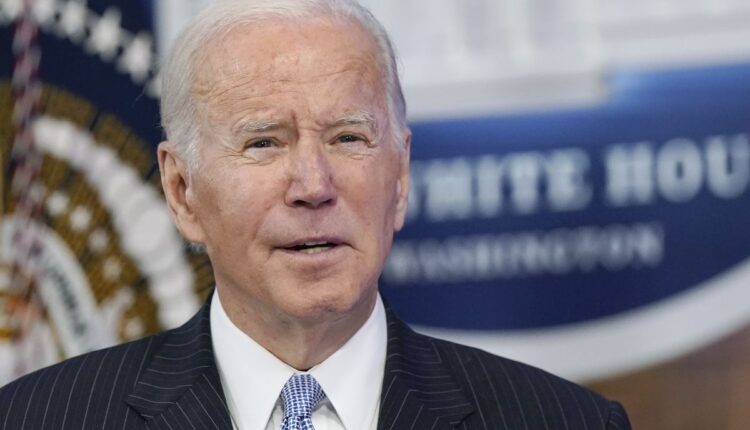 Inside the Beltway: The toilet factor and Biden’s poll numbers

Well, at least “the sewer” or “the kitchen sink” did not come up.

“Biden’s approval rating is still in the toilet,” notes the lead headline in Election Central, a political news site which has showcased some telling numbers from a new Quinnipiac University poll.

“Americans give President Joe Biden a negative job approval rating, as 36% approve of the job he’s doing, while 54% disapprove,” the pollster said in an analysis, noting that registered voters echoed the same sentiment.

“Coming off the midterm elections where Democrats didn’t do as badly as predicted, you’d think President Biden would enjoy an upswing in his approval numbers. Not so, according to Quinnipiac, as the president’s poll numbers continue living in the mid-30s while the country faces fuel shortages this winter. The verdict on Biden’s handling of crisis after crisis has been poor — and his leadership in the White House is nonexistent,” wrote Nate Ashworthfounder and editor-in-chief of the site.

“Quinnipiac also asked respondents their opinion about individual issues, such as handling the war in Ukraine, climate change, foreign policy, and the economy. Biden’s underwater on all of them,” he said.

“That’s a bang-up job Mr. Biden’s doing there across the board. Once again, these numbers underscore that Democrats held off a massive red wave on Election Day not because of Mr. Biden’s popularity, but despite his shortcomings as president. On issue after issue, he’s getting poor marks,” Mr Ashworth said.

Find his site at USpresidentialelectionnews.com.

House Republican Leader Kevin McCarthy and six GOP colleagues paid a visit this week to the southern border to thank US Border Patrol agents for their vigilance, and to tell Homeland Security Secretary Alejandro Mayorkas “That’s enough is enough.”

Mr McCarthy has a schedule to keep.

“In 42 days, House Republicans officially end one-party rule and hold those responsible for the disaster at the border accountable,” Mr. McCarthy said in a written statement shared with Inside the Beltway.

“In 42 days, House Republicans, led by ranking members James Comer and Jim Jordan, will investigate every order, every action, and every failure to determine whether to begin an impeachment inquiry into Secretary Mayorkas. In 42 days, the Biden administration will once again be accountable to the American people. That’s the House Republican Commitment to America,” Mr. McCarthy said.

He made his statement on Tuesday; 42 days from that date is Jan. 3 — when the US House convenes at noon.

And about that tree, which stands just outside the network’s national headquarters in Manhattan.

It’s 50 feet tall and is adorned by 12,000 ornaments and 340,000 lights. The tree has 500 branches, a star topper that is over 6 feet tall and more than four miles of cord wrapped throughout. Made in America, the tree features a patriotic theme of red, white and blue decorations.

One observer looks askance at the serious impact of “woke” culture on the nation’s schools.

“In traditional cultures, elders feel a duty to introduce the young to an education in virtue. In non-traditional modern cultures, adults feel no such duty. They expose children to vice — look at all the moral rot in public schools across the country in which teachers, among other practices, dispense condoms to students and encourage them to mutilate themselves in the name of ‘gender identity’ — and they routinely replace virtuous education with virtual signaling propaganda,” wrote George Neumayra senior editor at The American Spectator, in a substantial new report.

“The graduates of this sham education know nothing about the Ten Commandments — public school principals live in dread fear of ACLU lawsuits against even the slightest educational nods to theism — but these students know much about environmentalism, feminism, gender politics, racial politics, and the sexual revolution,” Mr. Neumayr advised.

“The worst sins, according to this warped education, do not entail violating the teachings of Christianity but contradicting the supposedly proper attitudes the ruling class expects the citizenry to hold. No public school principal would dare condemn a high schooler for getting an abortion or engaging in premarital sex, but many principals would not hesitate to condemn students for donning donald trump-related attire or participating in high-profile conservative marches and protests,” he said.

“Out of this godless culture of virtue signaling without virtue, which pervades high schools and colleges, has come an astonishing generation of snots and miscreants, long on progressive conceits but short on basic decency,” Mr. Neumayr wrote.

“A generation of young people trained on vice, not virtue, and on PC attitudes, not rudimentary moral duty, has given rise to Biden’s America, an increasingly nihilistic country that its Founding Fathers, were they alive today, would regret having founded,” he later concluded.

• 78% of US adults who plan to do holiday shopping will buy from a “large business.”

• 19% say they are not holiday shopping this season.

SOURCE: A Bankrate survey of 1,936 US adults who plan to do holiday shopping, conducted Nov. 2-4 and released Tuesday. Respondents could give multiple answers.