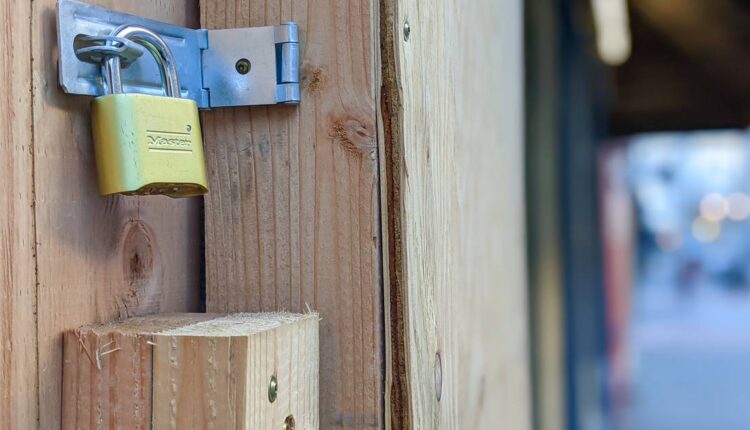 Manchester Capital Management, a money manager that caters to the needs of wealthy families, took a hit earlier this year when it stopped making loan payments on two iconic properties in Portland, the Loyalty Building and Hamilton Building, which stood side-by-side on Southwest 3rd Ave.

Court documents show that Three Seventeen Southwest Alder LLC, an affiliate of Manchester Capital, failed to make loan payments on the two buildings, prompting the lender to request that they be put into receivership. A circuit court judge granted that request in April.

“Events of default have occurred under the loan documents, including failure to timely pay the full amount of required monthly payments of principal, interest, and reserves,” the judge wrote in an opinion.

Vacancies in downtown Portland are rising. Tenants shed 525,244 square feet of office space in the central business district in the first quarter of 2022, according to a report from Newmark, a real estate firm, obtained by WW. Newmark Managing Director Josh Schweitz declined to comment on the report.

The Loyalty Building, a white Art Deco tower erected in 1928, is 12 stories tall and has 53,094 square feet of office space. The six-story Hamilton Building was built in the same year and has 22,611 square feet.

An affiliate of Manchester Capital bought the buildings for $12.4 million in 2013, according to The Oregonian, which reported on the default earlier.

Manchester Capital is a multi-family office. MFOs, as they are known on Wall Street, manage the fortunes of wealthy clans. Services range from money management and tax preparation to managing the construction of vacation homes and maintaining the family jet. Family office staff is often called upon to help scions of moneyed families get into the best colleges and rehab clinics.

Many MFOs start when a wealthy family builds a staff of helpers to manage its own affairs, then offers the services to other broods to spread out costs. On its website, Manchester says its founder and CEO, Ted Cronin, started the firm 30 years ago to manage his own money, then turned it into a business managing the fortunes of other wealthy families.

“Manchester was created to care for our own family assets, and not for maximizing profits,” the company’s website says. “We help families navigate through an ever more challenging world.”

Cronin, 77, started Manchester Capital in Manchester, Vermont, where the firm still has an office. He lives in the celebrity enclave of Montecito, California, and works out of the office there, the website says.

Cronin received his BA from Williams College and completed coursework at Harvard Business School and the New York Institute of Finance. “Ted is an active bicyclist with a love of competitive motor sports, from racing motorcycles to race cars,” the Manchester site says.

For one family, Manchester holds periodic meetings, according to its website. “The most popular display was the genealogical chart we helped create which tracked the family’s complex network of new children, new marriages, changing locations, and new accomplishments,” the website says.

Neither Cronin nor Manchester returned calls and emails seeking comment. Brad Miller, a lawyer for Three Seventeen Southwest Alder LLC, said in an email that he had no comment.

MFOs often specialize not in making a killing in financial markets, but in helping the rich stay wealthy through “dynasty trusts” and other Byzantine tax structures that let patriarchs and matriarchs pass wealth to new generations without paying inheritance taxes.

Downtown Portland, as it turns out, isn’t the haven that Manchester thought it was.