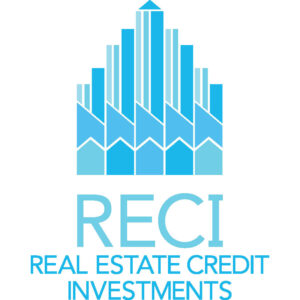 The half year ended 30 September 2022 saw Russia’s illegal invasion and the war in Ukraine continue; increasing inflation throughout the world; and Central Banks in the UK and abroad responding by raising interest rates. The UK suffered political and market turmoil following the removal of Boris Johnson as Prime Minister, the ill-fated tenure of Liz Truss and the “Mini[1]Budget” presented by her Chancellor Kwasi Kwarteng, which destabilized credit markets. These events caused significant credit and currency market reaction and Rishi Sunak, the UK’s third Prime Minister since the start of the Company’s financial year, has the task of reassuring markets and negating the political risk premium embedded in credit and UK gilt markets.

Rising energy and commodity prices caused by the Ukraine conflict, have been a driver of steeply rising inflation and the expectation is for further increases in interest rates in response. These factors and the forecast of UK economic recession will exacerbate the “cost of living crisis” being felt by many.

These international and domestic economic challenges have caused many headlines and much market volatility. Against this macro backdrop, your Board and Investment Manager have continued to provide RECI Shareholders and potential new investors with regular and detailed information: focusing on the Company’s portfolio and investment strategy (including its disciplined cash and leverage management); and the selective deployment of cash into an attractive pipeline of new senior debt investment opportunities offering increased returns for the portfolio.

Half year review and update

The NAV remained broadly stable during the half year to close at £1.48 per share at 30 September 2022, notwithstanding the payment to shareholders of two unchanged dividends, totaling 6 pence per share, during that period.

Reaction to the 23 September “Mini-Budget”, saw yield widening in bond markets continue into October. As at 31 October 2022, however, RECI’s NAV was £1.49 per share, impacted by just 0.2 pence per share of negative mark-to[1]market adjustments across the bond portfolio. The first interim dividend of the current financial year was declared on 4 August 2022 and the second interim dividend was declared on 23 November 2022, both maintaining a payment of 3 pence per share.

When the financial year began on 1 April 2022, RECI had gross leverage of 1.29x and leverage net of cash of 1.14x. Throughout the half year, the Board and Cheyne continued to monitor RECI’s cash resources and repayments and to consider the appropriate level, type and blend of gearing for the Company. At the half year end it held cash of £27.4 million and had gross leverage of 1.35x (1.27x net of cash). The Board and Cheyne continue to consider an expanded range and blend of potential gearing options, including asset level leverage on a non-recourse or partial recourse basis, alongside flexible balance sheet leverage. As at 31 October 2022, the Company had gross leverage of 1.39x (1.33x net of cash) with £10.2 million of asset level leverage (being all non-recourse).

The Company’s shares traded at an average discount to NAV of 2.4% during the financial half year. The market volatility following the “Mini-Budget” provoked much investor uncertainty in credit markets, contributing to some reactive selling of RECI shares on macro concerns, causing the discount to widen in the aftermath. Following the October Quarterly Update and a series of meetings between Cheyne and investors to update on RECI and the portfolio, the discount has begun to narrow. The Company’s shares closed at £1.35 on 21 November 2022 (a discount of 9.4%), which would provide a yield of 8.9% on the basis of continuing to pay a quarterly 3 pence dividend per share for the remainder of the current financial year.

Continuing your Board’s and Cheyne’s commitment to providing detail and transparency regarding the Company’s portfolio and investment strategy, Shareholder Quarterly Updates were also held in May and July 2022 and we appreciate the interest and attendance of both existing and potential new investors.

It appears inevitable that RECI will be operating against a backdrop of high inflation and increasing interest rates, combined with a challenging geo-political outlook, for the rest of this financial year. Nevertheless, the Company’s portfolio composition, structure and continued diversification into Western Europe, position it well to withstand these challenges and steer a course through difficult market conditions.

Our Investment Manager has worked hard to strengthen the robustness of the Company’s portfolio, with the increased exposure to lower risk senior loans and bonds and the increased size and capital strength of our chosen counterparties. The loan portfolio now has a WAL of just 1.6 years and future loans are expected to be on a floating rate basis.

As was demonstrated in previous times of economic stress and market uncertainty, Cheyne’s expert origination capability has identified a pipeline of attractive investment opportunities, targeting senior debt with enhanced yields, which will underpin the continued payment of an attractive and stable dividend and position the portfolio to enhance NAV.

Your Board remains committed to providing investors with a long-term opportunity to receive an attractive dividend stream from an expertly managed exposure to real estate credit assets.

10 Developments in the World of Commercial Real Estate