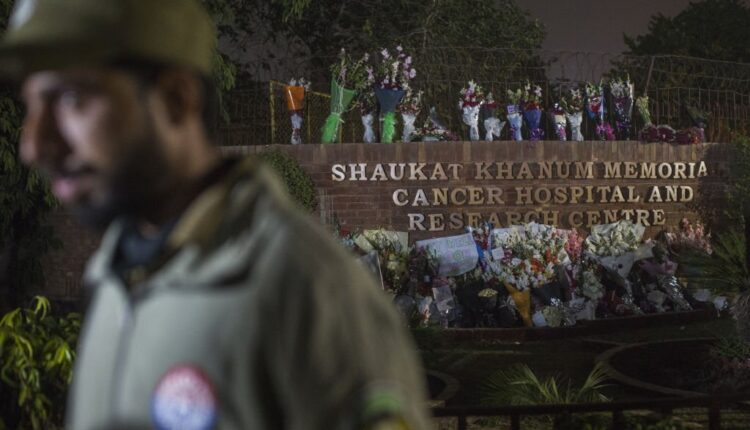 LAHORES: In response to the recent controversy surrounding comments made by Imran Khan in court, the management of the Shaukat Khanum Memorial Trust (SKMT) has clarified that a $3 million investment in an endowment fund for a real estate project in Oman was made solely for the purpose of providing quality cancer care.

The trust denied any misuse or “diversion” of funds by its chairman, former prime minister Imran Khan, or any other individual.

An SKMT spokesperson said that all funds, including those invested in the endowment fund, are used solely to support the mission of providing world-class care to cancer patients.

The spokesperson also emphasized that the chairman does not make investment decisions independently and that the investment committee supervises all investments made by the fund.

He also noted that only non-Zakat funds are invested in this manner, with all Zakat collected being used for direct patient care within the year in which it is collected.

The trust also confirmed that in 2008, $3 million was invested by the endowment fund in a real estate project in Oman and that the investment allowed for an early exit with a 100 percent capital guarantee.

The spokesperson also highlighted that the trust has shared details of this investment and recovery of funds with the public multiple times and that all investments made by SKMT and its endowment fund are audited and reported, with financial reports being made publicly available on the SKMT website.

He also noted that data of all contributions are held and audited by autonomous third parties to ensure compliance with all relevant laws in all jurisdictions where funds are collected on behalf of the SKMT or to support it.

He emphasized that over the last 30 years, the trust has treated more than 45,000 to 50,000 cancer patients every year at its hospitals in Lahore and Peshawar, most of whom would have been unable to access highly specialized cancer treatment elsewhere.

The SKMT gained Enterprise Accreditation from the US-based Joint Commission International in September last year and was only the second institution in the world to do so, the spokesperson stated.

The spokesperson also added that allegations that aim to sow doubt in donors’ minds are equivalent to playing with patients’ lives and that the management of SKMT is committed to providing state-of-the-art cancer treatment to all its patients and to maintaining an Excellent reputation for financial transparency.

Abortion Debate Ramps Up in States as Congress Deadlocks