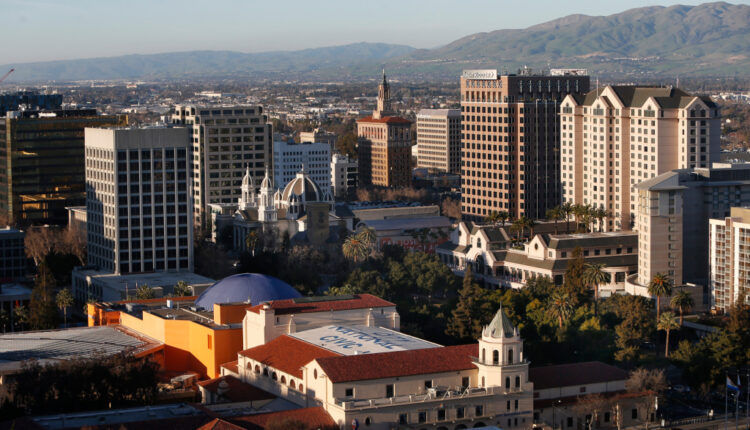 SAN JOSE – Office space in Silicon Valley rose while rents fell in late 2020, according to a new report from Colliers International, a worrying economic problem sparked by the coronavirus.

The vacancy rates in Silicon Valley for the period from October to December 2020 were the highest in the region since the period from July to September 2017, according to the report by commercial real estate company Colliers.

Coronavirus ended nine years with positive results for the Silicon Valley office market, according to the Colliers report.

The boom times for Silicon Valley, Colliers reported, resulted in a number of years in which space absorption was positive – more space was filled than cleared.

But that is over.

“The pandemic is disrupting the nine-year streak of absorption in Silicon Valley,” read the headline of the report, which was produced by Lena Tutko, Senior Research Manager at Colliers International in San Jose.

In the fourth quarter from October to December and for the whole of 2019, the office market in Silicon Valley suffered from what is known as negative space absorption – more space was cleared than filled.

According to Colliers, the vacancy rate in Silicon Valley was 12.7% in the fourth quarter of 2020, compared to 9.6% in the similar period from October to December 2019.

“The COVID-19 pandemic undeniably disrupted the office market in 2020,” says the Colliers report produced by Tutko.

Still, some large companies have signed large leases in the last three months of 2020:

Waymo, a pioneer in autonomous driving technologies and a unit of Google-owned Alphabet, has sublet 170,800 square feet at 680 E. Middlefield Road in Mountain View. Possibly 1,000 people could work on site.

“This deal shows Alphabet’s commitment to Mountain View at a time when some Bay Area companies such as Oracle, Palantir, HPE and Tesla are trying to move their headquarters outside the area,” Tutko wrote in the report.

Facebook and Amazon also signed major leases in Silicon Valley in the fourth quarter of 2020.

Seattle-based Amazon has been particularly active throughout Silicon Valley through property purchase or lease agreements.

Case in point: In October, Amazon paid $ 59.3 million for a huge industrial estate on 1605 S. Seventh St. in San Jose south of downtown.

The San Jose property is likely to be converted into a modern complex for Amazon.com Services, which is an Amazon trading and delivery unit.

On the other side of the ledger, however, several large blocks of space became available in the market through sublet offers that indicated a decreased appetite for office space at tech companies amid the coronavirus.

Among the notable subleases now available as reported by Colliers:

Despite the uncertainties caused by the coronavirus, the Colliers report points to hopeful signs for 2021.

“The future of the office remains to be seen,” says the Colliers report. “However, many experts believe that with the introduction of vaccines, there will be a return to the office at some point.”