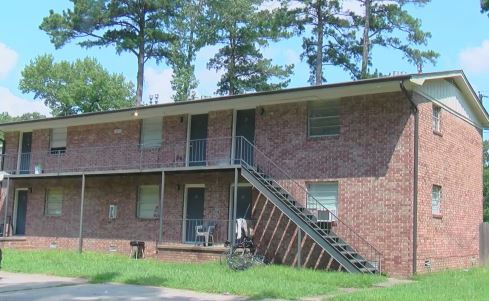 LITTLE ROCK, Ark. – Renters said conditions at a Little Rock complex are so bad that some of them spend almost $ 50 on cleaning supplies once a week.

Khyroen Lewis, who lives in an apartment complex off the Arapaho Trail in Little Rock, showed us the area he currently lives in.

A 72-year-old Sharon Jackson said she was struggling with a sewage backup in her unit.

“I’ve been here for two years, just like him. I have to mow the grass, pick up the trash, I’m not fit for that, ”said Jackson. “The sewage comes up, in my bathtub, in my face bowl, in my sink.”

The three tenants KARK spoke to say they called management but never got an answer.

On Wednesday the organizers of Arkansas renters united, which gives voice to tenants in Arkansas, wrote a letter to the property owner saying they were concerned about the “unhealthy conditions” and that “the sewers have resulted in human feces get into our sinks ”. , Bathtubs and our floors ”

the complex has had four different owners since 2017

Cathleen Stafford, the property manager for Remax Elite, said on the phone that her company took over the house in late June and that they are working on fixing things. She said they were unaware of the issues prior to purchasing the complex.