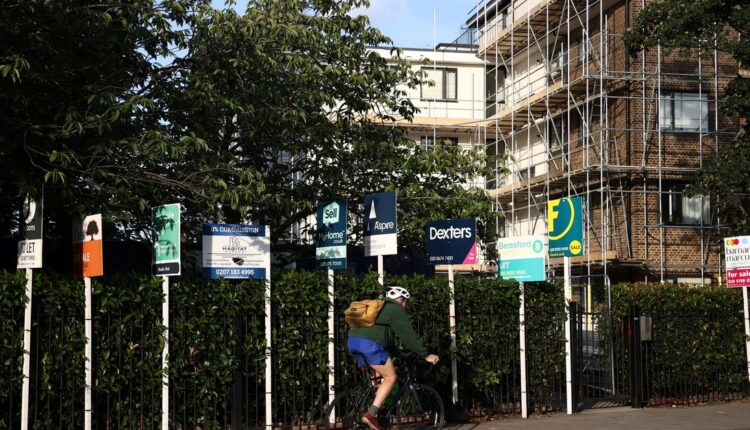 LONDON, Jan 26 (Reuters) – Britain’s commercial real estate sector is increasingly feeling the pinch of higher borrowing costs, as investor inquiries declined in the fourth quarter and the outlook for the year ahead worsened, an industry survey showed on Thursday.

The Royal Institution of Chartered Surveyors (RICS) said 83% of respondents to its quarterly commercial property survey thought the market was already in a downturn, up from 81% a quarter before. Almost helped considered this downturn to be in its early stages.

RICS said investor inquiries fell across all sectors for the first time since the start of the pandemic, with a net balance of -30 of respondents citing lower investment demand.

Tarrant Parsons, senior economist at RICS, said the investment side of the commercial property market was “significantly affected” by the Bank of England’s (BoE) tighter monetary policy, and that higher borrowing costs were weighing on investor demand and hurting valuations.

The BoE’s Monetary Policy Committee raised its main rate at its last nine meetings and markets have priced in a half percentage point increase to 4% for Feb. 2.

Near-term capital value expectations dropped sharply across the board, and the industrial sector saw the weakest reading since 2011.

“Linked to the rise in government bond yields over the past six months, capital values ​​have pulled back noticeably of late, while expectations point to this downward trend continuing over the near term,” Parsons said.

Looking at the year ahead, average capital values ​​were forecast to fall further in all parts of Britain.

The survey of 940 companies was conducted between Dec. 7 and Jan 13.