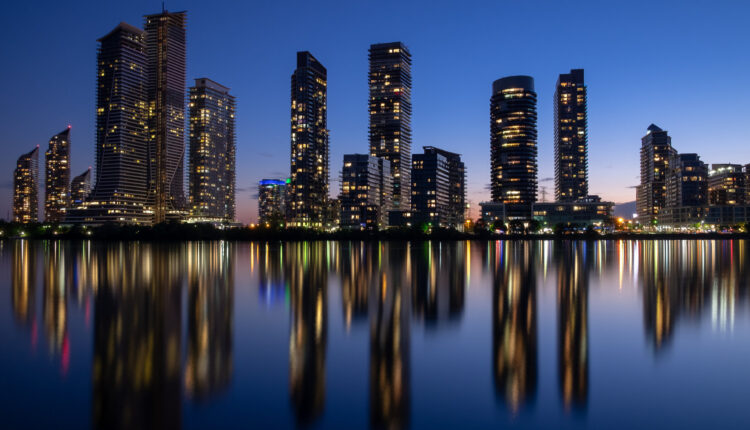 Through Canada Mortgage and Housing Corporation, the Fed intends to review down payment structures to remove speculators and investors who appear to be responsible for the rapid price hikes from the market.

Butler Mortgage founder says it’s time – and he believes it will happen. Monumental home growth has convinced buyers in the market not to sell their homes, but to finance their new purchases with existing home equity.

“You’re going to do something to discourage people from buying and keeping rental properties,” suggested Ron Butler. “You used to sell the condo you are in and use the proceeds to pay a down payment on a larger townhouse and the world marched on, but it hasn’t been for the past 18 months. People think that they can’t sell their condo now because the value is increasing all the time, so they just pull money out of the condo because its value will increase infinitely and buy this townhouse with money borrowed. They are refinancing their current houses and buying more properties. “

Butler added that the exact same formula is widely used on single-family homes in major cities.

“People say they want to keep their houses and do something bigger. It is a new phenomenon and the government thinks it should try to discourage people from buying investment property by using a down payment which is money borrowed i.e. money borrowed. There is no cash; they don’t buy with hard assets. These properties are 100% financed. “

Hording properties could explain why real estate authorities across Canada reported major supply shortages in the resale market in 2021. Butler says there is absolutely a need to stem the rapid rise in home prices in Canada and suggests ways to do this through mortgage qualification. One way is to make it harder to obtain home equity credit lines for the purpose of buying another property – Butler believes they should be banned outright, or at least severely restricted, which would make non-homeowners prime loan candidates.

“The other idea is to increase the down payment on a property that is not being used,” he said. “If we increase that down payment from 20% to 25% or 30% for a property you don’t live in, you will go to a banker who will tell you these are the rules.”

In an email to STOREYS, CMHC referred to its Fairness in Real Estate Action Plan, which in part read:

“By developing guidelines to contain excessive returns on investment properties, protecting small independent landlords and Canadian families, and reviewing investment property down payment requirements, we are targeting the problems the market is facing from multiple angles.

“We also know that the most effective way to ease price and affordability pressures is to increase the availability of housing. And with a strong mandate to increase housing supply, we will provide a home for more Canadians. The minister will host a national housing supply summit with partners and leaders in the coming weeks to ensure we have all the voices at the table. “

Government intervention a game of “Whac-a-Mole”

However, independent housing analyst Will Dunning is wary of any further government interference he believes will inevitably botch, and compares each of their forays into the housing market as a game of “Whac-a-Mole”. The government has so far given few details on how it will proceed, but every time a heat source appears in the housing market, the government’s attempts to dampen it would create heat sources elsewhere – in this case, it would be the rental market.

In Toronto, one-bedroom rentals cost an average of $ 1,850 due to strong demand and low supply. Dunning believes such high rates illustrate the importance of investors in the housing ecosystem.

“The government has been tinkering with the housing market for 13 years and that’s one of the reasons we don’t have enough housing in Canada, so maybe in the future they should be better careful and maybe pull some of the restrictions they put in place like that Mortgage Stress, ”Dunning said of B-20, which tests mortgages at a minimum interest rate of 5.25%, down from 4.79% in the first half of 2021 or 2%, whichever is greater.

“Nobody should expect us to have as high an interest rate as people are testing.

Speaking of speculators like contract fans who play a significant role in home appreciation quickly, Dunning says they can be easily treated by taxing their profits as regular income. But he also says speculators are keeping the housing cravings strong, which gives developers incentives to keep building.

“You won’t find many buyers looking to move into a condominium in four years; That part of the market depends on people with a short-term horizon, ”he said. “Seen in this way, you have to tolerate it, because it contributes to the future provision of living space. If we had no buyers in the new home improvement store, we would have even less housing supply than we have, so you need to be careful in this area. Speculators play a useful role in the housing system, even if it doesn’t make us very comfortable to know that this is happening. “

Butler says he’s not an “anti-investor” for offering rental stocks, but when people raise the prices of these homes the market becomes irrational and ultimately hits tenants.

“People who have enjoyed a massive surge in equity have access to more and easier lending because they can effectively get 100% financing based on the value of their existing property, but if you are someone trying to save up for a down payment , You don’t exist in that category, so you are disabled. This tries to alleviate the handicap, ”he said.

In theory, many investors could be moved to sell their excess properties, which Butler said would reverberate on the property ladder and help more tenants become homeowners. But something else is crucial here.

“Four of the top five bank CEOs are discussing real estate price increases in major Canadian markets and how to stop,” said Butler. “They mix it up with inflation, but at the end of the day they say, ‘We can’t have this steady rise in house prices. It’s dangerous for our country. ‘ This goes back to our government, which says, ‘If these people are concerned, we should be concerned.’ ”