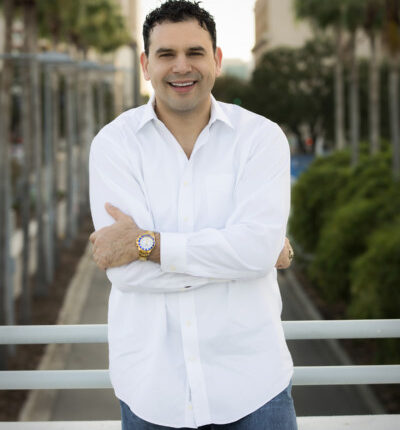 If you live in New York City, you’ve no doubt heard of the booming Florida real estate market. While other regions in America don’t care as much about a burgeoning market outside of their home base, the exact opposite can be found in New York state. Everyone in Manhattan, the Hamptons, knows someone who’s recently moved, bought, or opened a business in the Sunshine State.

When a person moves from north to south – or even just tries to expand across state lines – they turn to a man. Ken Klein from Q Kapital uses his knowledge and wisdom to navigate the experience. The businessman is deeply respected for the honorable work he has done over the past few decades.

QKapital partners Mauricio Ordonez, Gaston Schneider and David Hassan lead the way with Klein as they oversee the leading Florida company that specializes in lending to overseas buyers looking to buy in Florida. They’re not only known for their work with American buyers who come from places like New York City to build a new property.

Klein says of the QKapital Group, where he is now establishing a new trading division: “We are very unusual because we are conquering the foreign national market, which is unique in itself.”

“We support people from other countries – especially from Latin America – in acquiring finance in both the residential and commercial sectors,” he says. “A lot of people in all of Latin America or even in Europe don’t know that they can buy and finance real estate here, just like everyone who lives here all their life. So you learn that the overseas national market is the center of Miami. And that’s where most of the focus lies. This is the case with Sunny Island, Belle Harbor, Surf Side, Miami Beach, and Brickell. Most of these tall buildings you see here are from

of the foreign population. “

The businessman has a deep understanding of the power of international commercial real estate investments and future markets. Klein has lots of creative ideas when it comes to doing business and how to meet up with other potential dealmakers. He and his partners at QKapital work harmoniously at the Florida mortgage bank.

Klein currently has several exciting financing deals bringing high-end projects to the Miami area. One of the lucrative projects is the Serena Hotel Aventura, a new, ultra-modern, mixed-use project with retail and office space. He also supports the launch of the groundbreaking MichaelKrymchantowski Wynwood luxury hotel project, which has made the media headlines.

His company, QKapital, raised over $ 400 million in combined residential and commercial loans last year alone. Their expansion in the last quarter is impressive, closing over $ 3 billion with over 1,900 global loans that include funding with Latin America, Asia, Europe and North America.

Klein is simply one of the leading experts in the American and foreign market financing both residential and commercial real estate. There is no slowing down his successful job while he is doing his business now and in that

Fortim: Real estate investments in Romania on the rise despite Corona-crisis