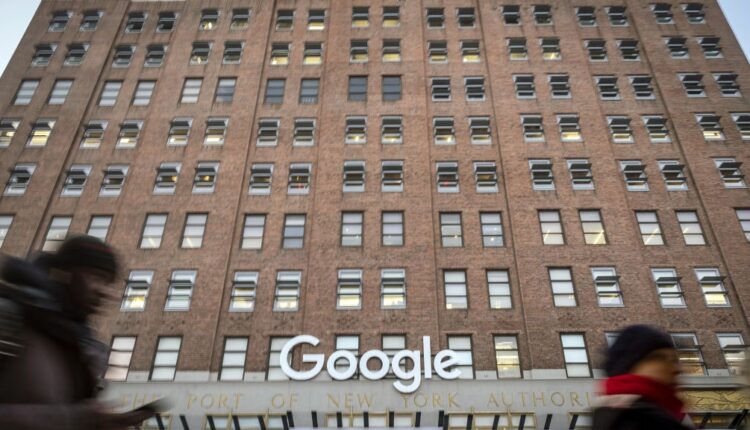 Google isn’t ready to give up the traditional workplace just yet: the massive tech company just announced plans to spend over $ 7 billion on offices and data centers in the US this year

“Meeting face-to-face to collaborate and build a community is a central part of Google culture and will continue to be an important part of our future,” CEO Sundar Pichai said in a recent blog post. “That’s why we continue to make significant investments in our offices across the country.”

The investments will be spread across 19 states, including $ 1 billion in the company’s home state of California alone.

In addition to new offices in Seattle, Houston, Mississippi and Oregon, Pinchai promoted the expansion of data centers in Nebraska, South Carolina, Virginia, Nevada and Texas.

The plans, which include expanding Google’s presence in Chicago, Atlanta, New York and Washington, DC, will create at least 10,000 new full-time positions, he said.

Google’s current real estate portfolio is worth more than $ 50 billion, according to Forbes. The company has been in a kind of real estate buying frenzy in recent years: In November 2018, Google announced that it had invested US $ 100 million for a 21-acre “megacampus” in San Jose, California, not far from the Googleplex headquarters in Mountain View , provides.

A month later, the company announced a $ 1 billion investment in a new Manhattan campus at Hudson Yards and signed a lease for a 35-story Austin office building.

With the outbreak of the pandemic, Google’s parent company Alphabet halted real estate spending last year, Bloomberg reported. Pichai’s announcement suggests the company is literally ready to get back to work.

While Twitter and Facebook have signaled that employees may be allowed to work from home indefinitely, it vetoed a permanent remote strategy in an employee memo in December.

“Office collaboration will be just as important to the future of Google as it is to our past,” Pinchai said in the memo. “The unpredictability that still lies ahead for many regions brings with it some interesting challenges.”

Google employees are currently scheduled to return to work in person in September, with most employees coming to offices three days a week. The company is also developing new workspace layouts, including floating desks, presentation booths, reservable collaboration areas, and even outdoor spaces.

Griffin assumes that a permanent hybrid model will emerge “in which many employees only take turns visiting the office”.

“The next demand for office space will drop dramatically over time, but not as dramatically as proponents of working from home would expect. Personal collaboration is important for connection, trust and innovation. “