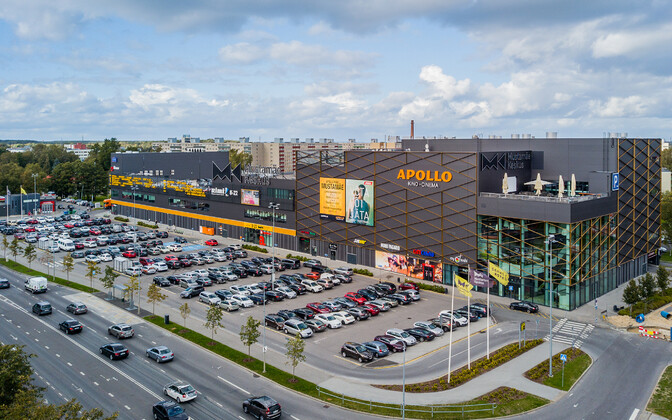 East Capital Real Estate announced the sale of Mustamäe Keskus entertainment and shopping center in Tallinn on Tuesday but did not disclose the buyer, who has now been identified as a Latvian entrepreneur and has already acquired several commercial properties in Estonia.

East Capital Real Estate, the center’s owner and manager, announced the sale earlier this week. While the buyer’s identity was not initially included in the announcement, it has now been identified as Brcks SPV5, which is owned by Latvian entrepreneurs Maksims Mališko (90 percent) and Vitali Kõllomets (10 percent).

The purchase of Mustamäe Keskus is not the first investment in commercial real estate for Mališko, he also owns the Priisle business park and the K2 LoftOffice in Mustamäe, which he acquired last year for 21 million euros.

Mališko and Kõllomets also own Maleva Aripark, which rents warehouse and office space in Põhja-Tallinn. Most of the two mysterious businessmen’s companies were founded within the past 18 months.

Mališko was mainly active in the lending business in Latvia, but has also invested in commercial real estate there. He has a stake in Grand Credit, which provides business loans to small and medium-sized businesses. He is also involved in Nord Lizings, which offers car leasing and loan products.

Investing in 2022 will be more challenging: Report