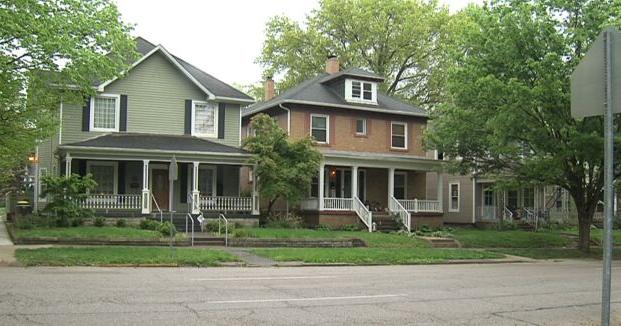 TERRE HAUTE, Ind. (WTHI)- As inflation continues to hurt consumers’ wallets, many are keeping an eye on several markets.

“Basically, fewer dollars that are chasing those goods that are available,” he said. “What happens is inflation will slow down.”

“It’s kind of like an airplane that’s lost one of its two engines,” he said. “It’s still flying through the air but it’s pretty scary right now. I think what has to happen is we have to get these supply chain issues fixed. If we don’t we’ll likely find ourselves in a recession.”

Many look to the housing market to see how the economy is doing. But, local realtor Chip Miller said the rising interest rates shouldn’t be too much of a scare.

“So many people have been used to getting rates in the three, three, and a half range,” Miller said. “They think now that they’re at six or six and a half, they think housing is not affordable, which is not true.”

Miller said the Terre Haute market has been strong these last few years despite inflation. He said there have been more buyers than sellers.

“We’ve had a very competitive market,” Miller said. “A house would get listed. You might have 10 or 15 showings. You may have seven or eight offers on that house.”

Miller said the recent increase in interest rates has actually increased the number of houses on the market. This creates an even more balanced market.

While many may be scared to invest in anything during this time of inflation, Miller said you can never go wrong with real estate.

“Real estate has always been a good investment,” he said. “[It’s] a great hedge against inflation. We’re in inflationary times right now, so the standpoint of making an investment, real estate is just perfect to go into.”